Home
Popular dreams
A dream about the family 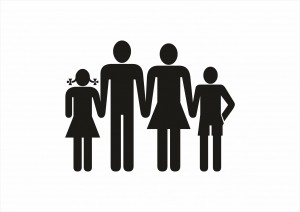 A dream about the family

Dreams about the family, especially the close one, arouse strong feelings, what should not be surprising, as the blood ties make us care about them and their safety.

How to interpret a dream about the family?

Usually, there are three people in a dream about the family: a man, a woman, and the dreamer. Such a dream is the repetition of the first and most important arrangement, in which a person is at the beginning of his life. This arrangement becomes the pattern for all emotional arrangements in his life. It is worth emphasizing that the family ties are so strong that, in a dream, all the family members usually appear as themselves and are not the symbols of somebody or something else. At best, they may be the symbols of the archetypical roles in family – mother of motherhood, father of fatherhood.

The feelings towards our relatives are rarely unambiguous. Even the true love does not exclude aversion, annoyance, fear, anger, boredom, as well as the sense of guilt, grievance, etc. In every family, various opposite emotions mix. Children’s need of care, tenderness, protection mix with the need of independence, releasing from the parental control. The competition for favors between siblings, the competition between a child and the parent of the same gender for the other parent’s feelings (usually caused by a primitive sexism), or even the parental arguments – all of these create the pattern of emotional arrangements, which affects our future life.

A lot of unsolved life situations return to us in dreams, especially when our family relations in real life for some reason expose them from our subconsciousness once again. An argument with the partner may remind us about unsuccessful attempts of wooing our mother. The collapse of an element of the emotional arrangement may remind about a “betrayal” from childhood, which the dreamer experienced perceiving dangerous and incomprehensible situations. Every time, the arrangement of relations is different, and it is up to us if we will manage to discover the reason of our dreams.

However, we can not forget that dreams usually use a primitive and naïve language. In other case, someone may be saddened and scared by dreams, because he can not believe that he was dreaming about killing his beloved mother, offending his father, pushing his brother under a car. Only when he realizes that there were moments of anger when he was wishing so, and will manage to refer it to the current situation, conflict, he will understand the meaning of the dream.

Such dreams are typical for teenagers, but they also appear in adulthood, especially when the emotional dependence on parents is still significant. Various versions of this dream may appear when the dreamer broke a planted rule and has compunctions about it, or is hiding something from his parents, or feels that they are interfering too much in his private life, etc.

More distant relatives may – depending on the contexts – appear as themselves or symbolize our parents; even in a dream it is easier to kill an uncle than the father. Grandparents often appear as the opposite of the parents, as the symbol of tolerance and goodness.

Pleasant dreams- memories about our family or relatives, usually appear to cheer us up, remind the old images of goodness and warmth, to help us deal with everyday problems.

Dream interpretation and meaning : A dream about the family