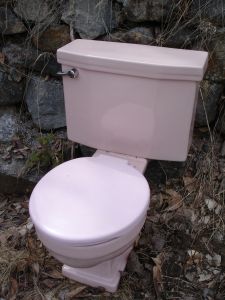 A dream about faeces

One of the most often appearing unpleasant dream is a dream about faeces. We should not ignore it, because it has an important meaning and we should interpret it reasonably.

Today we advise how to interpret a dream about such unpleasant things like faeces, excretion, solid waste etc, which, however, are an integral part of our existence.

How to interpret a dream about faeces?

A constipation, keeping solid waste etc which appear in our dream symbolize the refusal to spend money in real life, while playing with it may mean that we dream about richness and be able to spend as much money as we want, without any concerns. It can also be the sign of our dream of dominating our surrounding, having control over it, succeeding in real life.

According to Freud’s theories, the elimination of solid waste in a dream means…castration. If such dreams happen to children, it may indicate that they have been deprived of something, e.g, they have been brought up in an extreme purity, what may later be the source of problems with intimate contacts with partners.

Modern psychoanalysts agree with Freud, although they has modified his theories a bit – in their opinion, too strict upbringing may cause the loss of love, which can be symbolized by the elimination of solid waste. It is necessary to emphasize the fact that the defecation in a dream is not connected with the defecation in real life. As mentioned, it is rather related to money or character – the elimination of solid waste may be the symbol of munificence, sense of order or the sign of the wish to have those values, while a constipation means avarice, the lust for power and the fear of loosing the owned money.

One Response for A dream about faeces dream symbol

Dream interpretation and meaning : A dream about faeces