For centuries, the symbolism of the viper has been negative. No wonder that we immediately perceive the dream of a viper as a bad sign. According to the dream book, the viper usually warns us of danger.

How to analyze the dream about vipers to correctly decode its message?

What does it mean when you dream about Asp?

The viper is one of those animals that can inspire fear. When we see her in a dream, we can also get scared, and in the morning unsure of the meanings, recall the details of the dream.

The dream interpretation explains what the viper means, while emphasizing that the exact interpretation may vary, depending on what the context was. Dreaming of vipers is almost always associated with some hidden meaning, and although the memory of a dream may not always be pleasant, it is worth considering a bit deeper.

The fundamental importance of dreaming about asp

According to the dream book, the viper carries various messages. We should remember the circumstances in which we saw her, her appearance and behavior.

We must not forget that these animals have for centuries been attributed such qualities as cunning, falsehood, and the forecast of trouble. A dream in which there is a viper has a lot in common with common associations. Most often it is interpreted as a harbinger of danger and defeat. What else should I know?

To see a asp – dream book

The dream interpretation says that the viper, like another snake that is only seen, becomes a warning to us against people who want to harm us.

Having such a dream, we should consider who around us may have unclean intentions towards us. The dream interpretation emphasizes that vipers and snakes tell you to keep your distance and caution, but not to be provoked.

According to the dream book, the very fact that we can see the viper does not fill us with optimism. When there is a bite in our sleep, the message is just as negative.

It is a harbinger of failure, and the more we fight the animal so that it does not bite us, the longer the road to the unpleasant finale will be. The dream interpretation distinguishes between a dream in which the viper is to bite another person, which means that someone important to us will need our help and must be warned.

Dream of catching a asp

Dreaming of vipers doesn’t always mean something bad. There are dream themes that have positive messages for us. As we read in the dream book, the viper that we catch symbolizes the solution of a difficult problem that has been tormenting us for a long time.

On the other hand, a dream about a viper, where an animal is killed by us, carries a message about the defeated enemies. This dream will mean that false persons have disappeared from our lives and will no longer harm us.

Based on the interpretations contained in the dream book, it can be seen that the viper has a different meaning depending on what it looks like and what color it is.

The dream interpretation says that the viper is a warning that we should make our life decisions on our own, and not be guided by the instructions given to us. In the same dream book we can read that the black viper means that we do not give up despite adversities, and the red one symbolizes prosperity.

What does a asp do in a dream?

When analyzing your dream, it is worth paying attention to where we see the animal. The dream book states that the viper present in the house heralds that we or our closest family members will face a mishap or a serious illness.

If we see her in the water, it is a sign that we have worries ahead. On the other hand, when she is seen buried in sand, we get a warning that we have to be careful with sneaky people. A dream about vipers may also refer to the fact that we observe an animal behind the glass. This theme is a symbol of envious people who have failed to hurt us.

It is worth paying attention to the behavior of animals that appear in dreams. As we read in the dream book, a running viper is a sign that someone who betrayed us will be punished, and a viper that devours another animal foretells that completely new perspectives will open up for us. When she bites us in a dream, we get a warning about false friends waiting for us to stumble. And if it crawls, an uncertain fate is approaching us.

The asp in other dream books

The symbolism of the viper is strong in the beliefs of many cultures, so in other dream books we can also find an interpretation of dreams involving this animal. In the Arabic dream book, to see a viper means to have people with bad intentions around you. When we are bitten by it, it is a sign that we will fall victim to our enemies.

A similar meaning is found in the Indian dream book, where the viper is a warning against the opponent’s victory. According to Indian interpretations, dreams about vipers can also symbolize troubles in a relationship. There is a high probability that we are being warned against excessive possessiveness and jealousy. Often, when analyzing dreams, we are guided by what the mystical dream book says. In this dream book we read that the viper bite reflects our concern for friends and the presence of jealous people. 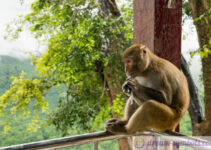 Please describe your dream about Asp