Association: – Power, – conflict. Question: – Which parts of me lie in the conflict?

At the spiritual level war in the dream is a symbol for the spiritual decay. The dreaming must recognise after what crumbles just in his life.

War and war actions mean to all excitement and discords, excluded soldiers and people who make her deal immediately or indirectly with weapons, – they announce this wealth. From the weapons protective weapons prophesy big security, e.g., the shield, the helmet, the breast tank and the splints. Projectiles against it cause often involuntary misdemeanours, turmoil and quarrel, as for example the spear, the lance, the throw spear and the catapult. The short one and the long sword mean the courage of the dreaming, the strength of his hands and the daring of the decision. In particular the shield and the helmet mean a woman, namely more precious rich and clarifies, easier against it poor and ugly ones. To be drawn to the army service or to move in the field means to all which are ill anyhow, the death, – then the man who moves in the field gives up his private life and exercises a new one instead of the present activity. Often it prophesies to old people the death, it forecasts to all others chicaneries, incommodities, movements and trips. It means to idlers and paupers work and salary, – then the soldier is not lazy, still he lacks the necessary. Though slaves become an honour, gain, however, by no means the freedom. Though many were released, however, had to perform to wide slave work and remained subordinated, – then a soldier must serve, even if he is personally free. 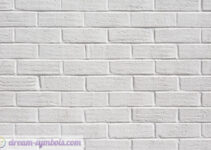 Please describe your dream about War