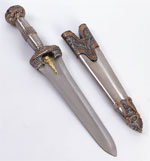 Association: – take a short-cut, special past or wrong. Question: – From which old images or dogmas am I ready to separate?

In the dream a sword symbolises a powerful weapon. Maybe the dreaming has the ability to train special forces and to use the energy on account of his religious images properly. Sword is sometimes understood in terms of cross. However, it can also stand for energy, will strength, fairness and idealism and promise maybe recognition for these qualities.

A sword symbolises justice and courage, but also strength, as well as the defensive readiness of the soul marks which defend themselves wish against internal difficulties. Also symbol of the will to the power, for the reign, – as a sword of the Justice stands it also for the justice which judges, however, with big sharpness. If in the dream a sword appears, this refers to the fact that there is a warlike element in the dreaming and that he is ready to fight for his faith. Händigt another dream figure to the dreaming a sword from, this refers to the fact that he enjoys the protection of higher powers. He can make decisions after his own possible specification.

At the spiritual level the sword in the dream symbolises the power of the authority and protection. 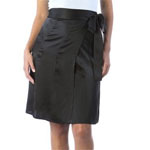 Please describe your dream about Sword. We update and improve our dream symbols based on your feedback.

One Response for Sword dream symbol