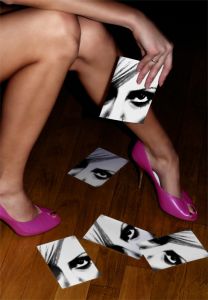 A dream about eyes

Eyes are the mirror of the soul, the window on the world, and an extremely important organs, which we use to see the reality in its most colorful and fascinating aspect.

It is not surprising that dreams about eyes arouse our emotions. For example, we may be dreaming about having an extra pair of eyes, not necessarily on the face, we may also think that a pair of scary eyes is following us (sometimes extremely big ones), sometimes a lot of eyes is watching us and we feel like an animal in the zoo….

They eyes which we see in our dream may be closed, blind, squint or handicapped in any other way. We may suddenly become blind or lose an eye – that is the most unpleasant version of this dream.

How to interpret a dream about eyes?

Dreams about eyes appear when we are going to change something in our life, we are trying to reach the higher consciousness – in a way, they are sending us an encrypted message from our inside life.

An eye is assigned a lot of archetypical meanings and roles. It is the soul, essence, symbol of consciousness, enlightenment and knowledge. It may also illustrate the dreamer’s ego or his self. It was already in mythology, where an eye was believed to have a significant value – as the solar symbol, it enabled access to the kingdom of heaven, and was related to the god’s care and stabilization. The eye of God means completeness, unity and victory, while the eye of Horus – the all-seeing eye of mind and enlightenment.

Dreams about eyes indicate how we understand some matters – if they are blind or disabled, they may mean that the dreamer look at the reality and the events around him/her too generally, if they are big and are watching us, we should probably be more careful and consider the emotional and political reality more aware. A lot of pairs of eyes, which are looking at us, means that we are afraid of censorship and the other people interfering in our business, while dreaming about getting an eye injury indicates that there is a sphere in our life which is very tender and painful, or which we have forgotten about.

How would Freud interpret a dream about eyes?

For Freud, the eyes symbolic was related to the Oedipus complex, which is the desire to sexually posses the parent of the opposite sex. The Austrian psychiatrist believed that the blinding of Oedipus in the last scenes of “Oedipus the King” was the symbol of castration.

How would Jung interpret a dream about eyes?

For Jung, eyes were a very important archetypical symbol of various meanings. The most important was the archetype of a blind man, epitomizing the internal wisdom. However, a story about Samson is also meaningful – in relation to his person, a blind man may symbolize punishment or sacrifice for a sin. 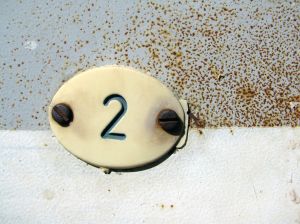 2 Comments for A dream about eyes dream symbol

Dream interpretation and meaning : A dream about eyes