Home
Popular dreams
A dream about a plane 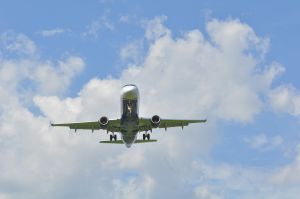 A dream about a plane

Planes appear in our dreams often – regardless of whether we fly frequently or are still waiting for the first time.

Usually we are dreaming about a plane or a helicopter flight, we are watching the views outside the window and are heading to some destination. Sometimes are having a nightmare about an air crash or being late for our flight, etc.

How to interpret a dream about a plane?

Dreams about planes, especially those catastrophic, often happen to people who have been involved in an air crash, and are the expression of the trauma they experienced.

However, if they appear to people who have not been involved in any air catastrophe, they may indicate the accumulation of the stress and negative emotions, which may be related both to the personal and professional life of the dreamer.

The means of transport in our dreams are believed to have a very personal meaning. They symbolize our body, relation with the others, and our whole life. Big, massive planes are associated with the freedom and mobility of birds, and they are the expression of human’s independence and greatness. They may also symbolize the world of ideas and human’s speech, as they go up in the air. Dreaming about air crashes, we are subconsciously afraid that we will not manage to realize our plans. If we are dreaming about traveling by plane to an unknown destination, we should think about introducing changes in our life. It is worth wondering where we are heading to, what we are running from in our dream… Maybe we should move to another town, change an apartment, way of living, or fix our relations with friends and relatives?

How would Freud interpret a dream about a plane?

In Freud’s opinion, dreams about air crashes, being late for the flight etc. express our subconscious fear of death, they are also the proof of the bothering traumas and worries. They are related to the death instinct, which he referred to often in his psychoanalysis.

How would Jung interpret a dream about a plane?

Jung believed that every mean of transport in a dream illustrates the characteristic of the dreamer’s psychical life. Interpreting such a dream, he would pay attention to whether the mean of transport is individual or collective, self-propelled or mechanical, etc… For instance, people who are traveling by plane are driven by “anonymous pilot”, which means that in real life they follow their intuition coming from the unconsciousness, while people who are traveling by tram, bus, etc are prone to imitate other people’s behavior, suppressing their own promptings of unconsciousness.

Dream interpretation and meaning : A dream about a plane