Home
Popular dreams
A dream about a bird 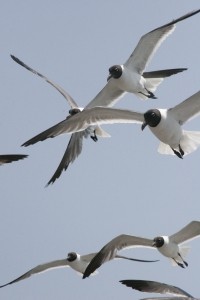 A dream about a bird

Birds appear in our dreams often – no wonder, because they surrounds us and we can see them almost everywhere. With around 10,000 living species, they are the most speciose class of tetrapod vertebrates.

There are a lot of version of a dream about a bird – we may see a flying bird or a flock of birds, a bird of pray, a healthy or a sick one, a dead or alive, we may be killing a bird ourselves or be trying to catch it, we may see birds fighting or mating, singing…

Interpreting a dream about birds, we should try to associate them with a specific species, think about their symbolic of the color and number, etc.

How to interpret a dream about a bird?

Birds appearing in our dreams are the symbols of soul and the higher states of consciousness, they materialize immaterial things and are associated with freedom. In mythology, they were believed to be the god’s envoys and the carriers of dead people’s souls, which may symbolize the opening our of the higher self or reaching the state of enlightenment, as well as the process of entering the underground world of unconsciousness.

Big, high-flying birds symbolize the masculine element, air and intellect, water birds refer to the unconsciousness and the forest element, while forest birds are connected with the tree of life and the vegetable soul. A bird attack, especially that kind in which they use their claws, is connected with the destructive power of the Mother Goddess.

One Response for A dream about a bird dream symbol

Dream interpretation and meaning : A dream about a bird