Association: – Disguising: Persona, – behaviour patterns. Question: – What do I hide? What do I show?

Key words: Other perception, – being hidden, – authorising, – ambivalence of the existence, – other. Description: A mask hides the whole face and the head or a part of the face and the head. It is either used to hide and to dress up, or to lend that energy of the being to the mask bearer which shows the mask. Behind a mask tells to work, another vitality beside own bring to the application. General meaning: A disguising, – a Verbergung, – a resemblance to you, – the wrong face which you want to show to your environment, – the strength of another being mixed with your own. Association: Shrove Tuesday, carnival, carnival. Transcendent meaning: A gift of different perceptions and forces. If you dream of a certain mask, it is good for you to acquire even a mask herzustelle or which resembles that of your dream to find out what happens if you use them.

Most people put on a mask, in particular before her person when they meet them for the first time. The dream of a mask draws the attention of the dreaming to own facade or to the other people. If the dreaming to themselves is not honest towards, this manifests itself in his dream maybe in the form of a ‘negative’ or fear-exciting mask.

If the person wants to protect himself and prevent that other people know what he thinks and feels, then he ‘disguises himself’. Hence, a mask in the dream can show Verheimlichung. On the other hand, one is persuaded with many primitive races of the fact that the mask lends to his bearer the strength of the animal shown with her. The mask had the meaning in the Greek Dionysos cult that behind the mask a divine strength is. The carnival is, in principle, the continuation of the Dionysosfeste, the meaning of the mask as a disguising was maintained. The mask bearer could realise so unrecognized his erotic wishes or also imagination images. One would like to appear in the circle of happy people once from the quite different side. Thus one should look rather of the reality in the face instead of being hidden behind a mask. Or would like you to unmask somebody? In the today’s time the mask is beyond the carnival only with criminals in the use. Her primarily negative meaning arises from it also in the dream. The dreaming identifies with a person or strength which does not belong to his deliberate personality, besides, mostly it concerns things or people from the collective unconscious who mostly embody act of violence. Thus carrying a mask in the dream is a sign of megalomania, because the dreaming identifies with an anonymous, supernatural power. However, the megalomania is a morbid attempt to compensate for inferiority complex. The cause for mask dreams can also be a virility problem.

At the spiritual level the mask is associated in the dream with the death mask which should remind all life of the transitoriness. They symbolise the mocking examination into the ‘theatre of the Lebens’. 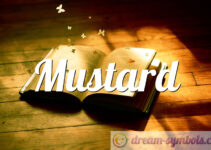 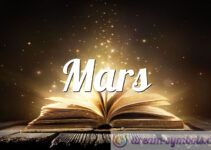 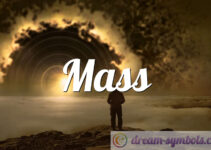 One Response for Mask dream symbol

Please describe your dream about Mask