The bay tree is a rather rare dream symbol, unless, the dreaming is a gardener, or he is familiar with the symbolism of the laurel especially well. Earlier laurel was a symbol for the success. In the German climate it is difficult to pull laurel, hence, he symbolises triumphing about difficulties. Laurel see quick honour and honourings promises. If one carries him himself (for example, as a wreath), warns, nevertheless, about vanity and craving for administration with which one makes himself ridiculous. In general the bay leaves which one harvests can announce a favorable turn in the life.

The evergreen bay tree is an archetypal symbol. A wreath twisted from his branches verhieß already the antique hero fame and honour. A laurel wreath is lent to mark a victory or triumph, hence, he symbolises the recognition of success. He also shows immortality. The dreaming who dresses up with it has to expect from the life still a lot. The evergreen sheets promise prosperity.

A bay tree symbolises cleanness and eternity. It is a god’s tree and symbol of the Unverweslichkeit and youth.

The laurel means because of his evergreen growth a rich and because of his charm a nice woman, further a trip, an escape and disappointed expectations because of the story which is told voon to the tree. (Daphne, the daughter of the river God Peneus, disdained the dear Apollons because she longed to remain maiden, and fled before the God. However, Apollon pursued them, – at the moment where he wants to seize theirs, it is transformed by her father in a bay tree.) doctors and seers must put them because of Apollons to her art in respect. 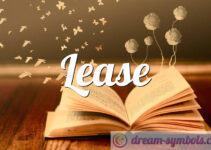 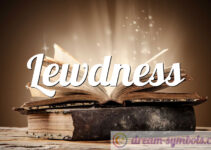 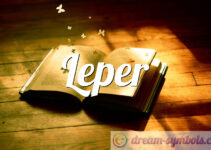 Please describe your dream about Laurel