Association: – menacingly appearing change. Question: – What have I to lose fear if I change?

Danger dreams point to danger. But one never forgets that the simile of the dangerous is used, around a life situation which requires particularly a lot of examination to explain impressive. This is why one may not take danger dreams literally. It is rarer than one thinks that such dreams are prognostic, preexcluded so an event. At most they can say: ‘Thus it is already in the unconscious, and thus it could consciously go out to you!’ It seems to be important to the soul to train itself and with it to us in which danger we stand in her view to add as this distress looks in particular. To that what is looked by the internal guidance above all as a danger belong renewed unbecoming conscious of the adult, his lacking living space which does not allow own development, energy losses by consuming connections, mental inflations, the education of the stiff complexes which go at the expenses of the mental totality. Becoming conscious the humanity like the singles is a so significant achievement that she may not get lost. If such threatens, we dream of sinking into the water of getting in a dark wood, of not finding the way in the fog any more. We look fearfully for the light of the beacon, after the note of a bright window. Fear prepares not to be allowed to stand on the consciousness step coming up to us. This is why it disturbs us to be again a child, a boy or an unadult school girl. On dangerous ways, before a menacing meeting one must see himself once again in the mirror, one is called with the name, so that one remains I identical with his. Examples of the fact, that driving forces because without right space, in us to dangers will cross are animal dreams, dreams of the war, from situations, because we are dragged by the train or a machine, onto them, are very frequent. One can also endanger himself, while one to itself in life situations hineinwagt to which one has not grown. Thus one tries in vain to pull a heavy carriage, to brake him in the slope, or one is on a roof, feels in the rock of the Hochgebirges the rock stagger under himself. It breaks the rung of a ladder, one hangs in the air. It is bad in every respect to lose ground. The burglar’s dreams belong beside the frightening experiences in the natural district to the danger dreams. A thief has broken in our dream house. Even more awfully: Somebody is there, dangerously, one knows in the dream only around his presence, still sees or finds one this uncanny. Mostly one is it from our own internal world. He has climbed up from uncontrolled soul depth and breaks in our deliberate world, threatens their order and possession. A wrapped up propelling desire, very often is now and then also a murderous thought. In the dream one knows that a crime has happened, and one searches the murderer. One sees him clearly as a shade. There is obvious with the dreamer ‘been murdered’ – a feeling, a certainty, a possibility of development. Dangers also come from fixed ideas, complicated-like thoughts, unlooked to accepted inspirations and inferior lines of thought which threaten the order of our emotionally spiritual being. Such dangers from and in the space of thought are symbolised above all by the fire in the screed, by bombardment from the air, as well as by the bird who sits down to the dreamer on the head. As long as the dreamer is psychically healthy, on the whole, the interpretation will point to this what could endanger this spiritual health. The fight with the night birds of the destructive thoughts can be affecting and last long. The dream of the heavy winter also belongs to the danger dreams. It is a dream of cold and loneliness. It is not to be forgotten that the person has a positive relation only in newer time also by the winter, can welcome him as a special joy bringer. The winter is a breaking Übererlebnis in our widths. Millenniums of the winter need face a few decades of the house heating and still less of the winter sports. The human soul knows from millenniums, that winter cold, loneliness, menace of the life that he can mean hunger and death. The winter sports are, from the experience of the humanity seen, an achievement from yesterday. Only where he tells in the dream in the personal experience material himself cheerfully, the dream is to be interpreted positively. The daring journey of the skier like the skating threatened by breaking can also indicate in the sports dream one more life situation. Otherwise, however, it is cold in the soul if one dreams of ice and snow. The winter scenery has something tallness and frightening. Still many danger dreams would be to be stated. Since from every district of the internal one as well as the external life danger can climb up. The dream tells her in, he speaks of her to the often unsuspecting dreamer. The danger is sometimes informed of us as a newspaper report, as radionews, warning in neon writing or red stop sign, now and then as a telephone call. The right answer to the communication of the danger, an answer which exists more in actions than words is able to do the person from the zone of the danger would drive out. ‘Where, however, danger is, the saving also grows’, says Hölderlin.

Dangerous situations in the dream are a tip to the fact that of the dreaming thoughts about the fears, risks and difficulties of the everyday life come along. This can refer to private like the professional area of life equally. Such dreams can be prägkognitiv and point to an actual danger in the close future or pick out as a central theme internal conflicts or external discussions of the dreaming, however, in the transferred sense. They can be also understood in the positive sense as a tip to a necessary life conversion. Also complexes, wrong connections or sexual crises can be meant with it, – however, all these problems are solvable. Danger promises after old dream books that one will soon find more internal rest and calmness.

At this level danger in the dream means spiritual insecurity. However, on the other hand, a tip can be also hidden in the dream that the dreaming follows the wrong master. 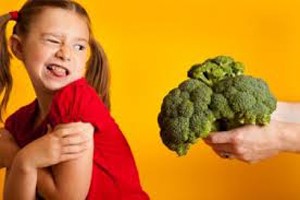 Please describe your dream about Danger. We update and improve our dream symbols based on your feedback.

No Responses for Danger dream symbol