Home
B
Bombs (or Bombers) 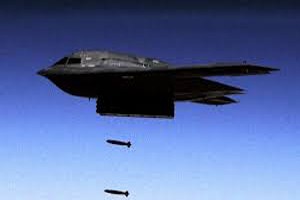 Association: – explosive energy. Question: – What stands shortly before the explosion?

Bombs or similar floors are in the dream always danger symbols. It can concern, on this occasion, personal war experiences or shock experiences, however, at the same time the bomb symbolises also own incapacity to change something in existing, not especially favorable relations. Then in this respect she points to a general fear of life and existential fear, – it is a time to calm the nerves and to move his present conduct. In general the bomb wants to point in the dream, however, rather to a certain neurotic complex, that is on a clenched psychic energy of own fears and devastating feelings which are hidden in the subconsciousness and one cannot control any more. Other interpretations arise from the following accompanying circumstances in the dream:

An exploding bomb is ordinarily an unexpected event. If one dreams of it, this can indicate the fear to die suddenly.

Please describe your dream about Bombs (or Bombers)