Sometimes the military symbolizes perseverance and humility. If you dream that you are going to the army, then it can mean an unexpected and interesting event in your life, as well as greater self-discipline.

The symbolism of dream indicates that you need to learn to control yourself and your life, that the decisions you make should be well-thought-out, and above all, you need to take the good of people close to you. Other dream books explain this symbol as the possibility of increasing one’s wealth.

If you see infantry troops marching, you are in for a good time in life and positive events. If you join the army, it promises you financial success.

When in a dream you see an army walking next to you, it portends that you will experience great things.

An army seen in a dream means that you are subconsciously anxious because you do not know how your fate will turn out and whether you will be happy as a result.

If, on the other hand, you see an army arming itself to fight, it is a good omen that, after much hardship, you will eventually succeed.

In the Arabic dream book, the army march is a sign that you will get a message from your friends.

On the other hand, dreams of commanding an army reveal a tendency to abuse power, most often then it is about domination in a relationship. The defeat of the army also, contrary to appearances, has a positive symbolism, because it means that you will soon achieve considerable professional success.

With its dream message, the army symbolizes the power of the actions taken.

In Grandma’s dream book, a moving army can tell you about fear, loss and poverty, as well as the loss of family members.

When you watch soldiers enter your country, it is a harbinger of major changes that will soon take place in your life, but if you join the army, you will be very successful financially.

When you see an army in a dream, it means that you are worried about your future.

In the Indian dream book, if you dream that you are joining the army, it means that you will have a chance for great financial success.

When you see an army entering, it foreshadows big changes.

If you dream that you are a witness to warfare, it bodes you unexpectedly to gain great fortune, and the victory of the army also symbolizes your victory over your rivals and enemies.

The army is a harbinger of a sudden cash flow that will stabilize your financial situation.

If you can see this motive, it may signify your fear, often unconscious, of radical changes in your life.

your financial situation will improve, you will be more obedient, it may be a call for more self-discipline that you may lack now, a feeling of superiority, you feel that you are better than others in some respects, success in the financial field.

feeling overwhelmed by work or other activity in life, you are unable to cope with the current situation, you may feel other people’s advantage over yourself, be under the pressure of overwhelming force.

you can become a rich man, life changes, expect positive changes in your social status.

you have negative emotions that make you unable to forgive someone for harm.

a threat that you can prevent in time, prepare yourself.

What does it mean when you dream about army?

An army in a dream is an action-related symbol that represents a sense of healing and fullness, foretelling immediate conflict and emotional disturbance.

Dream can indicate future aggression, anger, fear and even trauma. The army should be associated not only with war and aggression, but also with the need for courage and understanding of others. Usually it depicts the dreamer’s way of dealing with problems and people, as well as with the sense of exclusion.

When you dream that you are seeing an army, it is a sign that you feel overwhelmed by work or other activities that you take in your daily life. You are unable to cope with the current situation, perhaps you feel that you are still under pressure from an overwhelming force that gives others an advantage over you.

If you dream that the army is losing in a battle, you make bad decisions because of your weaknesses and arrogance, and you may also feel lonely or rejected by friends or family.

Joining the army in a dream augurs success in the financial field, it is a sign of discipline, it is associated with an internal conflict and a sense of exclusion, it can also herald getting a new job. A dream also shows a feeling of superiority towards others, perhaps you have the impression that in some respects you have a chance to achieve much more than your rivals.

When you dream that you see other people serving in the army, it is a sign that you may have difficulties in dealing with your relatives.

If you dream of an army in war, it means that you are in conflict with a certain person, if you do not oppose him in time, it will completely disorganize your life. In another sense, the dream portends positive changes in social status.

An army officer appearing in dreams is a harbinger of an improvement in family relations.

An armed army in a dream means that someone will hurt you in the future, but in the end you will manage to endure the difficult moments and go completely straight.

Dreaming about a foreign army has a negative meaning, it shows a lack of peace in life and a lack of willingness to fight constantly.

If a woman dreams of an approaching army, it portends conflicts with relatives and friends because of her own stubbornness.

Army can indicate (often unaware) fear of the future or radical changes in the life. 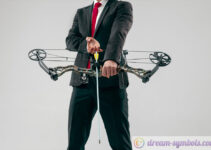 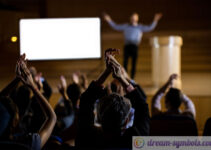 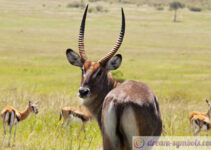 Please describe your dream about Army