If a woman dreams of an abortion, it is a warning to her to stop continuing her current endeavors, otherwise she may be humiliated.

Meaning of the dream ABORTION in other cultures and Dreambooks:

The abortion dream is the domain of women who are in a not fully stabilized life situation ? this may concern both emotional and material or professional levels.

Often the dream about abortion has a suggestive and emotional character due to which it remains in the memory long after waking up. Despite the fact that it is an unpleasant dream, its interpretation has positive overtones for the dreaming person. For a man, such a dream can be associated with failure in any of his endeavors.

A dream about abortion refers to insanely important matters for the dreaming person, which give rise to his frustration.

In such a case, the Child symbolizes something in which she is deeply involved but at the same time wants to cut herself off from it and get rid of it from her life. This could be a toxic relationship or other relationships with family, friends or neighbors.

It could also be about a stressful job that can’t be changed, a confusing business, debts or other difficult financial issues that can’t be resolved. Abortion, although an unpleasant process in a dream symbolizes the end of this problem, throwing it out of our lives.

A dream about abortion is a dream that foretells changes for the better and resolution of difficult situations. This dream can manifest itself in different ways. The above meaning applies to dreams in which the dreamer is the object of abortion, as well as other people.

Such a dream can be associated with such emotions as:

A dream in which we see dead fetuses suggests that we will have remorse or guilt regarding our past. A dream about abortion signifies the need to stop current ventures, as they may end in a severe loss and a bad reputation among people.

Often the essence of the dream in this way symbolizes struggling with the feeling of being unwanted in one’s own environment and the constant search for one’s belonging. A dream about abortion is never a good sign.

Abortion usually signals the need for a change we should make in our lives. It symbolizes reluctance to act in spite of ourselves.

It warns against going against one’s conscience and values in order to please those around us. If a woman dreams of having an abortion, it is a warning to her to stop continuing her current endeavors, otherwise she may be humiliated.

A dream about taking part in or observing an abortion is a bad omen and usually indicates sadness and misfortune – perhaps illness, separation or the loss of a relative or other loved one.

After such a dream, it is worth reconsidering all your future decisions and taking steps that do not raise our own and only our moral doubts.

This dream in any form makes you think more deeply about your situation and your actions, it is in its very symbolism an unambiguous warning concerning our health, and the health of the whole family, it can also concern our prosperity and life happiness.

It signifies a deep incomprehension towards all that restrains our own individual freedom and very often an almost complete deprivation of values that are important to you internally, which you are getting rid of in favor of prestige, position or material goods.

Usually dreams in which we see abortions speak of the fact that the events in our lives will not end successfully. Abortion in dreams for those seeking their inner path represents the trials and experiences of the constant search for one’s true inner self.

The dream in its depths may also indicate an unrealistic understanding of everyday reality, of oneself, of one’s inner self through an exaggerated tendency to over-emphasize one’s carnal needs, from which awakening may turn out to be a great, painful disappointment.

We may find ourselves in a situation of pressure and anxiety, which will lead us to make wrong decisions that will affect our future. If the feelings in the dream are positive, it means that some of these mistakes will eventually be corrected.

Meaning of the dream abortion

Abortion for a woman

Abortion for the doctor

is a harbinger of actions that will have a negative impact on the entire professional career, means damage to further medical activity.

To undergo an abortion

lack of determination in some action, the venture currently being performed will bring shame and severe losses.

To perform an abortion on someone

losses in professional activities, the possibility of dismissal due to neglect of one’s duties.

A woman agrees to perform an abortion

the venture you are planning will bring you shame and will not be beneficial.

A doctor dreams that he is participating in an abortion

your practice will suffer losses by neglecting your duties.

personal conflict or pressure from others.

Performing an abortion against a woman’s will

someone to act unfairly to you.

To perform an abortion

Abortion against your will

someone may try to deceive you. 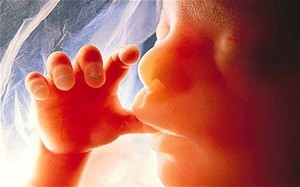 Association: – Cannot feed loss of the new,-. Question: – Which part of myself do I hold for too weakly to survive?

An abortion is an exclusion, separation and change in the farthest sense. With pleasant dream sensation it means a releasing solution of a person, thing or opinion. If the dream events are looked anxiously or frightened, are regretted or condemned, then means the dream, unintentional discussions and separation or also difficulties with itself, with views and qualities which one would like to change with pleasure. Besides, it can concern, for example, a need, a feeling or a religious position with which difficulties are associated. A taken risk has not produced the expected result, and now the return to the starting point stands in a queue. Maybe the dreaming has internalised a new mental manner or being manner which he must reject in case of closer consideration, nevertheless. The dreaming should get clarity about that to which kind of the action or being he has committed himself. A decision is required on the fact which elements are not needed any more.

Spiritual contemplation says the dreaming that he must give up a before maintained draught. 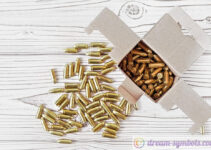 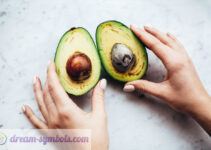 Please describe your dream about Abortion