Association: – wild beauty, – charm. Question: – Which strength want I to provoke or do I fear to provoke?

He is always to be interpreted as a sign of menacing danger. The dreaming operates with dangerous people. Though he is aware of that, however, he is fascinated by the strength and wildness. The big question which he should put to himself is whether he has really grown to this strength.

The black panthers creep and begin to the jump on us, – they provide for restlessness in our soul life. Where they appear in the dream, danger is in the delay. Maybe we are involved in a dark matter or have the windy secrets which avoid the daylight.

The panther calls because of his speckled fur durchtriebene and evil fellows and women, often also members of people with whom itself the majority tattoos. Further he brings on illness, unusual fear and danger for the eyes. 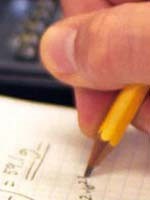