Association: – uncontrolled increase, – undesirable growth. Question: – What looks after and do I maintain?

Weed settles preferentially on wasteland, a fact which is reflected in the dream symbolism. Consequently weed is in the dream for inappropriate trust, wrong used energy or also brainless attempts to reach to the success. It does not contribute determining to the life of the dreaming and is able if one does not dam it be restrain healthy and positive growth. If he weeds weed in the dream, this his knowledge can express that one must create only space for new growth, while one releases his life from inessential. Weed often points to desires, passions and desires which ‘run to leaf’ if one does not control them better. If one weeds weed, one will be able to prevent failures and other difficulties by own endeavours.

If it grows rampant in the dreamscape, it allows to despair to us: It indicates that we overestimate our value easily that we must weed only the weed in own garden, before we practice to other criticism. Positions and perceptions which stop the dreaming from making headway, as well as old behaviour patterns manifest themselves in the dream often as a weed. The dreaming must find out which of these herbs are for him still from value – which can be converted composted, therefore and be used by new one to promote positive growth – and which must be really eradicated. Game-grown plants often have also curative qualities which affect if they are properly used positively the life of the dreaming. If this weed hindered the growth of useful plants – these could be tiresome or spiny friends or colleagues.

At the spiritual level weed symbolises in the dream, because it is to be eradicated tiresomely and hard, spiritual difficulties, as for example sluggishness. 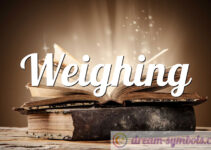 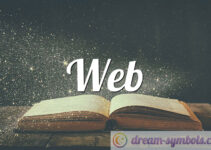 Please describe your dream about Weeds