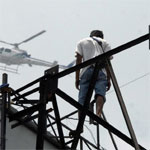 Association: – Give up self-destruction, a part. Question: – Which part of me must go? In what do I not want to take part any more?

A dream of suicide draws the attention of the dreaming to the forcible end maybe of a project or a respect. The act is also a sign of fury on. Besides, he can announce the end of a business or a business connection.

On the spiritual way the old must be often unleashed Itself. In the dream this is expressed as a suicide.

Please describe your dream about Suicide. We update and improve our dream symbols based on your feedback.