Home
Popular dreams
A dream about an egg 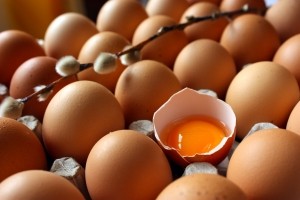 A dream about an egg

An egg is the beginning of life for birds, reptiles, fish… It is also a rich source of nutrients, what makes it a basis for many dishes. Many cultures assign it magical properties and use it in their rituals.

It symbolizes genesis, the beginning of something… it is a properly fertilized and brooded egg which a new life hatches from.

In a dream, there can be only one egg, but also more, they can be put into a basket or loose, they can be whole or broken, cooked or raw, fresh or bad.

How to interpret a dream about an egg?

An egg is the symbol of the genesis, the beginning of something new in our life. It appearance in our dream may symbolize a new period in our life, but also a change of self-awareness and the attitude.

It is also the symbol of fertility, related to the ancient cosmos, unity and entirety, as well as with the womb off Mother goddess. It is also believed to be the prima materia in alchemy, which the philosophical stone is made of.

It is also interpreted as hope, resurrection and the spiritual pasture. As a result, in most cases it is a positive symbol symbolizing the upcoming positive changes in our life.

Dream interpretation and meaning : A dream about an egg