The island is in the dream the place of the wishes and imagination which mostly lacks the relation to the reality. Another interpretation allows the fact that the island lies in isolation in the sea, the area of the unconscious. If a person dreams of an island, this can also be a symbol for her isolation and contact poverty, or the vision stands for isolated complexes. It is signs of the loneliness I in a restless time. The island in the blustering sea of the most different environmental factors is at the same time also a vanishing point on which one should withdraw to collect new forces for the struggle of existence, to charge so his batteries again. If an island plays in a dream an important role, she can remind the dreaming of it or remind him to look after herself. If the island is lonesome or a treasure island, this refers to the fact that the dreaming can achieve certain aims only alone. Hence, he must investigate himself in the loneliness and seclusion himself to attain self-knowledge, so unaware psychic contents consciously close. Still the following accompanying circumstances importantly for the interpretation are further:

At this level the island in the dream symbolises a spiritual retreat.

A shipowner dreamt, he is on the islands of the sea leagues (place of the promise, paradise) and is held on there by the heroes, then come Agamemnon (The leaders of the Greeks during the Trojan war, king of Mycenae.) and releases him. The man was pressed to compulsive achievements for the state and, however, was held on by the imperial administrative officials, later when he had reached to the emperor, he got free of the corvée. (In Greek angareia, altpers. ‘Postal service and transport service’. Inscriptions of the imperial time show how hard this corvée pressed on the population.)

fights for a higher position promise 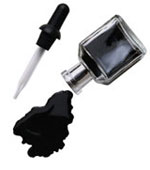 Please describe your dream about Island. We update and improve our dream symbols based on your feedback.