Catch and throw ball mean endless quarrel and quarrel, often also love to a Hetäre, – catch ball and handball resemble a Hetäre because they nowhere remain, but from hand to hand walk. A slave dreamt, he plays with Zeus Ball. He got with his man in quarrel, and because he risked a lip, he got his hatred, – then Zeus means man, the ball game the verbal exchange and the quarrel, – then ball players make each other competition, and whenever the ball gets thrown, he beats off him again. Generally men, parents, teachers and gods have the same meaning. 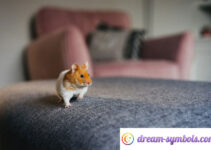 Please describe your dream about Handball