Association: – Protection, – attraction, – sensuousness. Question: – What do I hide? What do I carry to the show?

The dreams in which hair plays a big role are comments to our physical and psychic condition and symbolise masculinity and vitality. The hair has always had with all people a great importance. Because the hair also still grows after the death, one saw it as a symbol for vitality and also sexual power. Hair stands for the original forces. They have after Freud as a secondary gender sign phallische meaning. Who dreams of hair, not only his propelling side, but also his spiritual setting to the things should fix, because the hair often describes our soul state, – hence, one pays attention to whether it concerns in the dream full or thin, cultivated or weird hair. Also the colour of hair can state something in this connection. Men especially recently often dream of hair. If the acute fear of baldness does not form the basis of such a dream, the dream of hair has deeper and deeper meaning. In addition, still many special interpretations are possible according to accompanying circumstances, above all:

then one seems to have

‘hair on the teeth’ has

Other interpretations can arise, for example, still from the symbols hairstyle or bald head.

Long, nice hair carry and with it shine is luck-bringing particularly for a woman. Since women are in habit to carry for the beauty because of sometimes also wrong hair. From good premeaning it is more distant for a philosopher, a priest, a seer, a ruler, a high official and for theatrical people. Since one carry after custom and custom flowing hair, with the other it brings her occupation with itself. Luck brings it also to other people, only in lower measure. Since actually it means wealth, but no pleasant, but an unwieldy one because the care of long hair costs a lot of trouble. Long, but neglected hair, the impression of a clean hairstyle, but an unkempt mop of hair does not make, announces all grief and grief. Since ‘the hair maintain’ however, is called komein, that that one grows in bereavements chaotically, is called thrix (mop of hair). If one dreams of having pork bristles, the serious dangers lead up, namely she, to the animal, I means to the pig, threaten. Have meant horse hair it lays free-born slavery and a miserable life, – slaves in chains, – then to most the horse mane is tied together (in the Greek one here lies a unison from: desma = chains and desmeuetai = is tied together, before). Want instead of hair on the head to have protracted illnesses and consumption announce because it often carries something woollen on the head for that, finally, in such a way it seems as if the same has grown to him. If the hair changes into another material, one has to proceed with the interpretation after the principle of the resemblance. In the wrists grown hair indicate binding, in the internal palms they mean each, particularly farmers and craftsmen, unemployment and idleness, – do not overwork themselves then the hands with the work further and do not harden her surface, a hair forms quite of course. The plaits are only women and those men of use who are in habit to do it as for the rest, prison indicates involvements in her financial obligations, high Darlehnsschulden all other people, sometimes also.

A man searched me, Achmet, Sirins for son and interpreter of dreams of the caliph Mamun, on and put the following question: ‘To Me dreamt, the hair of my thighs would have become thicker and longer and I would cut off them with the scissors.’ I answered to him: ‘You have become richer in money and property, – to such an extent however, as you have cut off your hair, you will run down both.’ And really the thing went out thus. One of the Höflingen of the caliph Mamun dreamt, he puts some ointment on himself from the top to the bottom and, besides all body hair fell out to him, only his pubic hair would grow even more excessively. He sent one of his people who should spend the dream as his own and report to the interpreter of dreams. This said to him: ‘This face a powerful figure has looked, but not you. That will come to a dangerous situation, and from his treasures nothing will be left to him as his women. ‘ And after few days it came in such a way as the interpreter of dreams had said.

The hair is the natural jewellery of the man and the veils of the woman.

these worries and disappointments promise

he will improve in appearance of 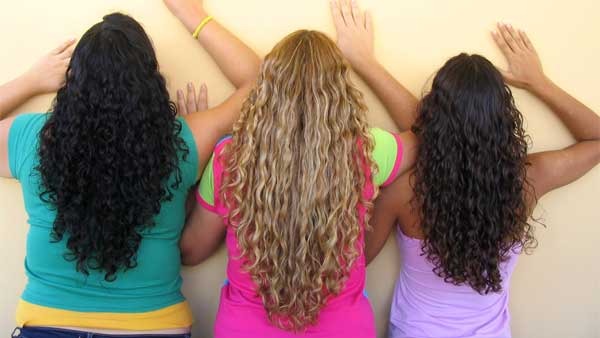 Please describe your dream about Hair. We update and improve our dream symbols based on your feedback.

No Responses for Hair dream symbol