Association: – Protection, – decoration. Question: – To what extent I long for intimacy? Or what want I to show?

In the dream should remain by the curtain a little bit concealed. Therefore, it is very important for the dream interpretation what is hidden behind the curtain. The curtain is often a vision for the insecurity and care of the dreaming. But also deception and isolation can be shown with this picture. If you open the curtain in the dream and countless other appear behind it, then are with your considerations either in a dead end, or you touch philosophical problems which are not to be simply solved.

Behind a curtain are hidden secrets which we would like to know with pleasure, but also – one thinks of the theatre (see there) – our legal capacity in close future. One should analyse curtains at the windows of a house exactly after the floor (see there), – above all if they are closed, they can point to an indisposition in certain body areas.

Also one must consider

the evil man of the concerning house meets

grief and worries him will press 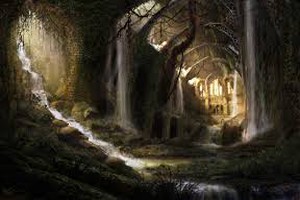 Please describe your dream about Curtain. We update and improve our dream symbols based on your feedback.