Association: – Remains. Question: – What is over for me? Of whom want I to rid myself?

The cinder stands in the dream as a symbol for gone out feelings, tired forces, lost interest in a thing or person, indifference, also resignation, as well as often for remorse and grief. She can also announce in general that expectations and hopes will not come true. If still glow is in the cinder, however, means this maturity, personality development, self-contemplation or purification. To be able to interpret completely the dream, it is important to know what has burnt or became. Cinder can stand at the psychological level for grief and then is possibly a tip for the dreaming not to avoid a long quite standing in a queue funereal work any more longer. Only cinder stays behind of his experience. Cinder points to the end of a matter: One has burnt something and rises as it were like a phoenix from the cinder. Often one has also acted wrong and then strews as a penitent ‘cinder on his head’, or one is sad for reason at all and goes – according to biblical model – ‘to bag and cinder’. If one collects cinder, a big, more unexpectedly financial profit can approach.

Cinder symbolises cleaning, penalty and death, the transient human body and his mortality. 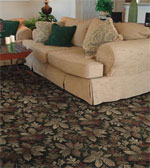 Please describe your dream about Cinder. We update and improve our dream symbols based on your feedback.