Bread stands as basic food for the material needs of the life, however, can embody also friendship, experience of life and wishes or appear as a religious symbol. Often it is to be understood as a tip to a favourable trend of the other life in material, social and spiritual-mental regard. The classical symbol is to be survived for food, strengthening, social security and the certainty. The essential food of the person is not a raw fruit, but under much human trouble from grain won and skilfully prepared bread. The bread is the general food and with it the most usual and at the same time a sanctified. The way from the wheat grain which is lowered in the dark field furrow from the softly ergrünenden field, from the golden surging ear sea about the work of the reaper, the thrasher (may still happen so a lot today with machine help), the process of the appearance, the Mahlens, the dough preparation, the passageway by the glow of the stove and then, finally, the common distribution at the family table – every station of the Werdens of this food is symbolic-laden and makes declaration, covered to the person, about becoming his being, above the way of the human culture. Therefore, there are no negative bread dreams. With the agriculture, the cultivation of the grain, the nomad’s time came to an end cultural-historical, the person was held on in a certain Nährlandschaft. The possibility of cultural development generated these Seßhaftigkeit, an achievement of the bread. Dreams of sowing fields, from grain halls are seen because they testify a way of internal achievements always luck-bringing to which they, an affirmation of his internal fertility. We request for the divinity of the life as the most important food our everyday bread: all this what does us really need. With it bread stands for a lot, but it stands always for what is not really a need, luxury. Thus a woman receives a triply folded, nicely baked bread in the dream. It was obviously her small family which it found again after mental difficulties internally. All easy vital value which feed us can be placed in the dream as a bread in our hands. Who receives this bread, has received a positive value to waste is not permitted to him.

Bread is a symbol for the life in itself and can also show the need to share with other people. It is a symbol of our essential food in all cultures.

If one dreams of eating his usual bread, brings the blessing, – besides, is to a poor grey bread, a rich white bread adequate. The other way round one has not only not good, but even bad to gewärtigen, – then white bread indicates poor illness, grey bread the rich privations. Barley bread brings all luck, – then after the legend this was the first food which the gods have given to the people. Wheat and barleys flour call the same like the bread, only in lower measure. It dreamt somebody, he eats his own excrement with bread and, besides, felt a feeling of well-being. He reached in wrongful manner in the possession of an inheritance and was not prosecuted as a result of the felt feeling of well-being though judicially, however, because of the excrement he woke suspicion, – it was quite natural that the material profit introduced in him disgrace. It dreamt one, he eats bread in honey dipped. The man became engrossed in philosophical writings, adopted the life profundities contained in them and, besides, earned a lot of money, – the honey meant quite of course the persuasive power of the wisdom, the bread, however, the acquisition. 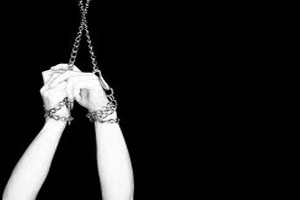 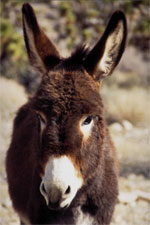 Please describe your dream about Bread. We update and improve our dream symbols based on your feedback.

No Responses for Bread dream symbol