Association: – Activity, – productiveness, – social life. Question: – What allows to ‘hum’ in my life me before pleasure?

Key words: Elaborately, – socially, – honey-producing, – sting, – softy, – protecting, – serving. Description: The bee, an insect who produces honey, while it takes flower pollen to itself, moves the person already for a long time into astonishment. Bees support plants with the reproduction and have a complicated social structure: with a queen, workers, nurses and soldiers. Most bee’s kinds are not aggressive and sting only if they feel threatened. If a bee stings, it must die because a part of her stomach with the sting is torn out. General meaning: Possibilities to serve the earth and her other children, – to sacrifice the readiness, cheers the whole the protecting aspect of the being, – healthy, – useful, – the digesting aspect of the being, – freely from aggression,-. Association: Assiduity. Transcendent meaning: A messenger who draws your attention to the aspect of a dream which would otherwise escape you, – help with the understanding of your true feelings for the community, – revelation of a part of you which perished in the self protection.

In contrast to most other insects a positive meaning comes up to the bees in the dream mostly. They embody qualities which are estimated by the people, like diligence, perseverance, communal sense, love of order, adaptation, subordination and engagement for the general public behind which the individual needs stand back. To the dreaming it is clear that he must work hard and be diligent. Because can lead to the self-sacrifice, the symbol maybe wants to encourage to think also of own needs. Sums bees in our dream events, we can be glad about strong nerves which are a help (also the bee to us in all dangers has a sting!) . As a symbol for something dangerous as well as for something tamed and useful the meaning of bees can be absolutely ambivalent in the dream. If bees and beehives are in the dream in the good state, this means that the dreaming feels fine in the community and in his environment and estimates sociability, – however, menacing bees or destroyed honeycombs point to tensions between own personality and the environment. The dreaming has difficulties to adjust himself to the society and feels Teamwork as disagreeable. If a swarm of bees attacks the dreaming, this is the tip to the fact that the dreaming is about to create a situation which could become uncontrollable. If he meets a not aggressive swarm of bees, he will be able to enjoy many small joys in the life. If the dreaming is stung in his dream of a bee, this one warning is before the possibility to be injured, or it approaches him an important event, or a change of his life situation. If the bees sit down on his head, he should take very much in eight before damage of every kind. If the dream of a queen-bee acts, the need of the dreaming expresses itself to feel in any form as ‘some better’. The wish is possibly prevailing to be supported by other people in the sighting which the dreaming has chosen. After the old springs which goes out from the mystic meaning of the bees they announce in the dream mostly luck and success as a wage for diligent work. Already the Greeks and Romans believed if a girl is stung in the dream of a bee, she hits in the awake life of Cupid arrow. For all the others the bee-sting is synonymous with a drastic change in the life. The sting of a bee should promise a new acquaintance or love relationship.

Bees bring blessing to farmers and beekeepers, – to all other people they prophesy because of the Summens excitement, because of the sting wounds and because of the honey and wax illness (The honey is disastrous as a usual dead person’s donation. Also in the Indian dream key the pleasure of honey is catastrophically for the dreaming). If they sit down on the head of the dreaming, they are, if he fills a high military or civil position, from good, otherwise, however, from bad premeaning. Mostly they register that the dreaming will be killed by the large amount or by soldiers. They resemble the large amount or an army because they submit to a leader, – they kill because they sit down on putrid. To enclose bees and to kill them each does not bring luck, only farmers. 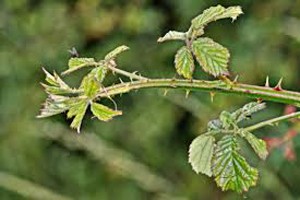 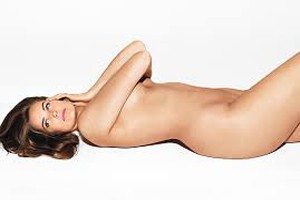 Please describe your dream about Bees. We update and improve our dream symbols based on your feedback.

No Responses for Bees dream symbol