Beggar is interpreted deep-analytically often as the symbol for those sides of own personality which one himself rejects and tries to hide from others, – then one should learn to accept also them and to change maybe in such a way that one must not be ashamed theirs any more. Now and again the feeling of own inadequacy or social isolation is also expressed in this symbol. Feelings, desires and thoughts which have ‘starved’ in the real life of the dreaming are personified in dreams possibly as a beggar. The beggar often circumscribes also the disagreeable recollection of a person or an event which we would rather like to stroke by our memory. The unconscious sometimes reminds us also of the fact that we should reflect on more simplicity in the awake life. If one hits in the dream, e.g. on a beggar, so one is reminded by this meeting at the fact that has one other person, which less luck than one himself must help. It is a warning sign, one may be less elated towards other person. However, a beggar can also give as a wise counsellor concrete proposals for the life creation which one should follow. In the dream to be a beggar, a feeling of the failure and a lack of self-esteem explains.

A synagogue, beggar, all possible hoboes, woebegone figures and paupers indicate to a man like a woman grief, worries and mental torment, – then on the one hand nobody enters a synagogue which is not of full worries, on the other hand, beggars are exceedingly rebarbative, impecunious and have nothing healthy in themselves and, therefore, thwart every plan. The following rule is valid quite in general and irrefutably: Unknown people are effigies of the coming events for each, beggars register for their part that they of the dreaming will resemble her appearance and her actions. If they receive a coin, they prophesy to the donator or one of his members a big and dangerous loss, often also the death because they are the only ones among the people, just as the death return nothing of that what they have received once. The beggars who enter a house indicate a lawsuit around his possession, and if they get something in the hand, it is by force or in the form of alms, they mean an extraordinary damage. The same is valid if they enter the property.

A beggar can be with a hermit identically and, hence, a spiritual petitioner / intercessor. 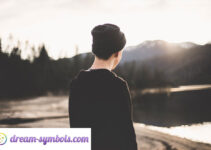 Please describe your dream about Beggar