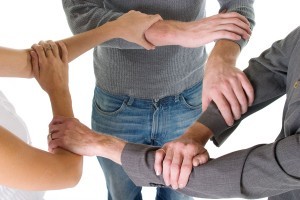 Association: – Be ready strength,-. Question: For which am I ready, or what do I prepare for? What is I to be given or to conceive ready?

The arm and the hand belong completely close together. Arms stand in the dream in general for the ability to form the life, to be realised active independently, to create something, to change or to destroy. If an arm appears in the dream, he stands symbolically for the ability and the basis of the action. Accordingly one can interpret the loss or the paralysis of an arm. The other arms stand for the protected being and often the wish is given to be again a child to be protected by the arms of the mother. In the negative one they also symbolise fear of the arms them strike what expresses itself in the suitable accompanying symbolism.

special interpretations of this symbol admit the following accompanying circumstances:

strongly hairy arms should point out

Moreover, one must still consider the different symbolism from surely and on the left (see under these headwords) if one perceives only one arm in the dream.

Strong, nice arms promise business success, particularly to craftsmen and people who earn her living by barter shops. Against it threatens everybody which lives in fear to be incarcerated, serious danger. Now I want to speak, part for part, of the arms. If a suffering strikes the upper arms, they mean grief, – these are the forearms, they thwart the transactions which one just wants to process, and rob us the assistant. I heard once from an expert an interpretation which makes sense to me because she, as I ascertained, to the dream fulfilments corresponds. Should my representation not persuade somebody, the person concerned may make a verse to himself from it. Now it means how that explained, the right hand that what one only acquires that cons on the already acquired, – then the rights is active in grabbing, the left is put on more on preserving. There is an old differentiation which meets the true and is as follows: The right hand calls the son, the father, the friend and that from whom we are in habit to say in the colloquial language in the figurative sense: ‘It is his right hand!’, – the left one means the wife, the mother, the sister, the daughter. If somebody dreams now, he has lost a hand, he will lose one of the people who are called by them. In general both hands mean together the crafts, manuscripts and speeches, – the crafts because these are exercised by means of the hands, manuscripts because these are called par excellence ‘the hands’ (cheir meant hand as well as manuscript, signature = cheirographon), talking because one gesticulates during the talking. An Allkämpfer which wanted to deny in the Olympic plays the ring like the Allkampf dreamt, his both arms would have become gold. He gained the victory wreath in no competition, – then he should have stiff and immobile arms as if they were of gold.

The arm symbolises your ability to express all your feelings, thoughts and needs, to realise this or to destroy also.

he will shake off

If a woman dreams of it, it prophesies luck to her man.

Please describe your dream about Arms