The details of the dream, including the color of the item, can help us interpret. The biblical ark was the ship by which Noah saved mankind and animals from death. It was through giving the laws to Moses that God symbolically allowed man to develop freely.

Typically, these types of dreams indicate what our life will be like, and different aspects of the dream, such as the state of the Ark and even our feelings, can change the interpretation.

Being closed in it is not a good sign, because it heralds a time of need, and even poverty. That is why the Ark is a symbolic reminder of the laws and at the same time understanding that one should not seek confirmation of the existence of God because we will never find Him outside, but it is an indication of his action due to the eternal laws that each of us comes to understand on our own way becoming prepared to make decisions about yourself and make your own rights.

It is a symbol of security and asylum that man finds after a long period of uncertainty and dangers.

It is a symbol of the responsibility that man took upon his shoulders before God for his and other creatures’ fate.

The Ark of the Covenant, or the Ark of Moses, is a chest of God’s covenant and a symbol of God’s presence on earth, an object of worship that Yahweh ordered to be made, offered to the Israelites as a symbol of the covenant with God. If the ark in our dream is a boat that flows peacefully, and we are on its deck, then we will implement our plans and enjoy the successes.

They are a symbol of human imperfection and at the same time a reminder of rights, because people often think that it is enough to do what seems good and right, and real sin will avoid him, while the fact that we want to decide what is right and what is wrong. not being properly prepared for it, it repeatedly prevents us from really developing and introduces chaos and confusion into our lives.

Jung identified the ark with the mother’s womb as a bastion of security, peace and ignorance. Getting out of it is a sign of coming happiness and prosperity.

What does it mean when you dream about Ark?

Watching her in a dream can personify the hope of being freed from something that has been bothering us a lot lately. The Ark became a refuge for life on earth during the flood.

For a young woman, the dream of a chest may be an expression of her willingness to bond with a person of high social standing.

If the water is turbulent problems and obstacles will arise, so it is advisable to be vigilant to avoid unforeseen trouble.

Dreams about the ark have different meanings, because we can speak of a boat or a chest.

The Tables of the Covenant are, of course, stone tablets with the Ten Commandments, that is, with the Word of God.

To see the Ark of Salvation in a dream means to overcome certain troubles by starting all over again.

When in a dream you see a standing or anchored ark, it means that there is still hope that you will be able to live a life of happiness and prosperity, and the ark with animals symbolizes the achievement of the desired stabilization after many hardships that you have experienced or are yet to come.

Dreams in which we see a chest can symbolize the need for renewal.

Two praying cherubs knelt on the Ark of Power, and it contained the tablets of the commandments, Aaron’s staff, and a golden manna vessel. So it can mean that he is looking for a safe place in his soul where you can isolate yourself from jealous people and society alive with political events.

A dream about an overturned box and its contents scattered on the ground is a harbinger of complicated situations in our lives. In Grandma’s dream book, this theme promises you safety and protection. If it were not there, no one would be saved and there would be no continuation for life.

The Ark of Salvation is a symbol of rescue in the face of a life catastrophe and the hope that man can place in God in such moments, because it was God who ordered Noah to build an ark, into which his relatives and couples of all species of living creatures entered. A dream in which we want to open the chest by force suggests that we are ready to implement our plans and get what we want, no matter what measures we have to apply.

When you dream that you are on the deck of a flowing ark, it means that you will finally manage to close behind you some part of your life that has long ended, but some part of yourself was still stuck in it, unable to break free and move forward.

It can also be a harbinger of an unexpected journey that we will not enjoy. It is a symbol of reborn life and security. In the Arabic dream book, if you see an ark in a dream, it foreshadows you troubles from which you will not get rid of it for a long time.

The meaning of the Ark dream

To be in the ark

you feel happy and safe, nothing is in danger.

Don’t get on the ark

something gets in the way of your happiness.

you long for stability and peace.

The ark is in the Bible the ship by which Noah saved his family and numerous animals before the sure death. After C. G. Jung symbolises the ark the motherly lap, she stands as a picture for security and for the fact that the human knowledge cannot set.

She protects the achieved and also warns about the escape of the soul in the isolation by envious people and society-political developments. Here a social dismantling in the real fe by which one shows to itself itself homeless and defenselessly feels and searches a place of the security and security. Moreover, one should limit himself to the essentials. 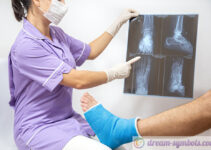 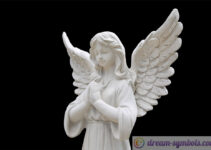 Please describe your dream about Ark