Dream arena. It is here that, keeping a close eye on the events that pass before our eyes, we can receive instructive advice about our shortcomings or flaws. Therefore, it is better not to be among the crowd after this dream. The arena can also mean your subconscious desire to take on a new challenge and do something entirely different from what you have been doing.

The arena or stage is where secrets hidden by someone are often revealed. Here, we can show our bravery or cowardice, artistry or awkwardness, pride, bravery, and tenacity or subordination, and submission.

The arena dream in ancient times meant death to the audience’s applause. All your activities are supervised here, and energy is released from there.

Typically, sleep refers to being active at work and means attempting to win the heart of a busy person. In grandma’s dream book, when you dream that you are alone in the arena, it means danger for you and the need to avoid gatherings of people. Suppose you dream that you are acting like some character in the arena. In that case, it may mean that you are very concerned about having a reasonable opinion of your surroundings and afraid that you will not be able to maintain it. This place in our dreams often represents a substitute for the prose of life.

When you dream that you are standing in the center of the arena, you are responsible for your mistake. The arena is associated with a place of competition, which may translate into the importance of our dream. People with narcissistic traits typically dream of performing in the arena. This symbol is not unambiguous and may have different pronunciations depending on the dreamer.

It can also mean that you are solid and ready to make radical changes in your life because you have matured to close the old phase of life and start a new one. The circular arena represents the circle that surrounds your personality.

Arena means the willingness to test yourself in unusual situations and do something entirely different from before. It may be, for example, the announcement of the appearance of a seemingly very advantageous job offer in your life.

In its center, there is a concentration of your internal energy. You will be delighted with it because it will be much more attractive than your current job, not only in financial terms, but you should not be overly optimistic because then you may regret your hasty decision.

To be in the arena as a spectator

It would help if you were in an environment where you could freely express yourself and start competing with someone.

Signifies a problem that has already been solved. You are faced with competition. We are afraid of being judged by others.

Perform in the arena

We are prepared for changes. We have matured to take a step forward.

The round arena symbolises the circle which surrounds own middle of the personality. In this middle the concentration of the mental energy on the internal core takes place.

If the dreaming is as a trading or as a spectator in an arena, this symbolises the need to visit a sphere which offers more space for self-printout and creativity.

The space in which the own I is central in which all our steps are supervised in which one must prove himself under all circumstances. In the arena we step to the fight in around the well-being in mental respect and we hit on opponent who seem to us equal, opponents before whom our inside must exist.

These are not only people who appear there, but also animals whom we must interpret then symbolical to uncover weak points in ours I which should be removed then. The dream sometimes offers also that play which is settled in the arena: a circus act. If one has the arena under applause of the audience umschritten, the mental frame is very exactly marked out and one is with his internal forces in the harmony. The arena can also mean that one inclines to excessive selfrepresentation and underestimates, besides, the possibility that she could damage more than be useful.

If the dream is connected with fear and shyness, is valid the opposite: The successful striving remains a theory. One does not venture in the centre of the events, envies other the self-confidence. The dreaming centres his attention anew or enters a conflict-like arena. Maybe this conflict must be delivered openly. Arena symbolises our deliberate perception space and space of experience, – understandably it becomes always only from that what goes forward in it. 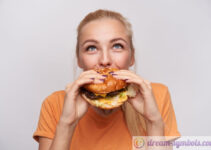 Please describe your dream about Arena