An alarm is an announcement of worries, troubles and worries. An alarm is just such an internal tension and a threat that tells us that everything that surrounds us and that we have accumulated so far is not worth losing our lives.

The problems relate to the sphere of personal life and partnership relations. Delay in this case can cost us a lot.

This symbol may mean that you are subconsciously aware that something bad may happen to you, and the dream is a warning. There are some things you should take care of, the alarm tells us not to delay.

Dreams about an alarm, in which one feels a threat, appear as a warning against a too materialistic life, A man living in the luxury of his prey is afraid of losing them due to unfavorable circumstances, which is why our subconscious uses this type of dream to shake the psyche of a man who is afraid only for yourself and your well-being.

You have to do something before it’s too late, so if this motive appears in your dream, you should try to understand what area of ​​your life it concerns.

If you trigger the alarm in a dream, the meaning of sleep is slightly different. The alarm wakes us up from numbness, wakes us up and warns us of impending threats to life or property. In order to avoid repeating in various dreams this call to repent of our subconsciousness, one should engage not only in work for oneself or one’s relatives, but for the world, for humanity, for purely universal and humanitarian reasons.

An alarm is a warning signal of what, and perhaps of whom it warns, you need to think seriously and look around at what may be at stake or where to look for a real threat. And it is this sense of danger and impermanence that is most important for the meaning of dreams about the alarm, because such dreams tell about the fact that the dreamer is afraid for his future, that he does not believe that his efforts so far will lead to lasting and favorable results for him.

In dreams of an alarm, there is a sense of danger, a growing fear that turns into fear, and a sense of the impermanence of all things that can be destroyed or lost at any moment.

If you hear an alarm while you are sleeping, you need to think about what it is about and do what you need to do immediately. The alarm signal in the car has a similar meaning.

The alarm that appears in your sleep is a signal to your subconscious mind that something bad may be happening around you. Symbolically, the alarm indicates not a direct threat, but a waste of one’s life as a result of the represented attitude, which ultimately ends in the same as the loss of life directly as a result of the impending threat.

What does it mean when you dream about Alarm?

warning about the danger, you need to start implementing your plans quickly, otherwise you will suffer significant losses, you are afraid that you do not have enough time to achieve your goals.

relationship problems indicates your anxiety signals that you are in danger and it is high time you started to counteract it big problems, act quickly.

do not delay with your plans, delay will cost a lot, it is a signal for you not to delay the implementation of the plan.

if in a dream you hear an emergency call, it means that your friend is in danger and you need to help him.

the car is about sexual relations, so the auto alarm can signal some problems in your relationship.

Symbol for the sensation that must happen ‘absolutely a little bit’ – namely immediately. A warning dream! Maybe one has moved over upcoming problems lately before himself, then has edged out and forgotten, finally!? If one has alarm dreams, would be to be considered in which area of life would have to become now urgently a little bit fixed (or ‘saved’) – before it is too late.

What problem has released this alarm? Look up this and take before it in eight. Something else is it if one releases himself an alarm in the dream or attaches in the car or house a burglar alarm. If men dream of cars, the mostly sexual relations have, and, therefore, an auto-alarm dream can be brought with it in connection. Are there analogies to the private life? Does one behave vehemently and aggressively? A house in the dream always refers to the family. Does this or somebody from the family need help or protection? Was the alarm dream adequate or was one contented with his effect? An alarm which does not go off is an especially clear symbol. 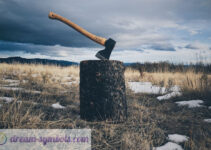 Please describe your dream about Alarm