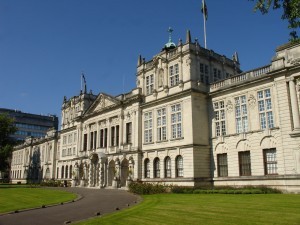 An academy in the dream stands on the one hand for systematic learning and points to an advancement. However, on the other side she can also point to chains which stop the dreaming from unfolding his creative potential freely. Maybe he is too much in a narrow corset of ways of thinking and prejudices which hinders him now. She can also stand for the ‘ivory tower’ into which some people withdraw, – then the symbol asks to live more in the reality, to exhaust the fullness of the possibilities. The visit of an academy can symbolise this spiritual-mental advancement, or one will regret having missed opportunities from pure laziness and indifference. According to the actual living conditions such dreams point in particular cases also to concrete scientific success and academic honour. Lead an academy or are there a student, one will fast surrender in his striving. Though one will attain knowledge, is incapable, however, this profitably to take up and to apply. The return to an academy after study the end aforesaid which one cannot fulfil the put expectations.

Please describe your dream about Academy