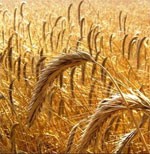 The ordering of the field is for marrying and for childless of good premeaning, – the arable land means nothing else than the woman, the seeds and the plants the children namely to wheat the sons and barley the daughters, it indicates legumes, however, miscarriages, – to all remaining people strain and hardship. All dream experiences which mean the birth of children or a marriage lead back the out of the country located children as well as the divorced wife. Somebody dreamt, he ploughs and sows wheat. His sons and returned to him from the stranger apart from him living woman. It dreamt somebody, he has in his mattress instead of wool wheat. He had a woman, to you had never conceived earlier, that year, however, became pregnant and gave birth to a little boy. The mattress meant the wife, the wheat to the male seeds. A woman dreamt, from her breast wheat stalks have grown, snapped to themselves again in her shame zurücksenkten. This person practiced as a result of an unforeseen fact without anticipating it, then, however, sexual intercourse with her own son, made them to her life an end and died wretchedly, – the stalks meant the son, the Hinabsenken in her shame the sexual union, while her bad destiny was indicated by the sowing emporgewachsene from her body, – then this is in habit to sprout from the earth and not from bodies. It dreamt somebody, from his breast wheat stalks have sprouted, then one has come up to him and has torn out the stalks, as it were as they did not fit to him. The man had two sons who lost her life by a cruel destiny, – were as them because on her land ownership, she attacked a band of robbers and killed them. The wheat stalks meant the sons, splitting her murder. 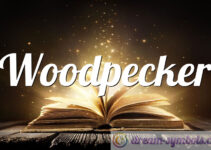 Please describe your dream about Wheat