Association: – Illusion, secret. Question: – What would like I to hide or point?

If an object is veiled in a dream, there is any secret which must be revealed. The dreaming possibly hides something from himself, however, he could be also held by people of his sphere in ignorance. Veil often symbolises escape from the reality in the isolation which is connected with self-deception or deception by others. The torn bridal veil warns about illusions of the partner which are disappointed abruptly, – can often lead to the separation.

The mind searches different ways for himself to express confidential thoughts in the dream. The veil is one of these symbols. If you want to hide something (veil). It must not necessarily be the partner to whom you want to hide something. As well it is possible that you demonstrate yourselves in any thing something. The veil is a picture for the secrets. Veiled Maya who has her place in the Buddhism is valid as a symbol of the illusions of the world who ventilates her veil, attains a confidential knowledge about the reality of the world. The bridal veil means the secret of the sexuality with all people. In dreams of young women or men the veil can often point to the problems of the virginity. If he is torn, this is a sign for the defloration. A torn bridal veil see, stands for the feelings which have got lost to us for what we believed to love. However, the veil can be also interpreted as a danger signal. The soul is often protected by the fact that it does not know a secret. The forcible winds of the veil signal that the danger exists to uncover a secret of his unconscious which one should not better touch. Who covers himself in the dream with a veil, something wants to hide in the awake life, does not want to appear in such a way as he is real. Carry other a veil, we should be deceived. A funereal veil against it is only a facade, then in this case we need to mourn for exhibit, – nobody whom we love.

At the spiritual level a veil in the dream can represent all concealed and puzzling and with it at last aspects of the occult.

A married woman went to the interpreter of dreams and put the following question: ‘I dreamt, I would go for a walk without veil among the people. What will happen to me?’ The interpreter of dreams asked them: ‘Do you have a man?’ She answered: ‘Yes, I have one, – but he is away from home.’ That said: ‘You will not see him any more.’ And how he had said, it happened, – her husband died away from home.

the misfortune her son, brother or the narrowest relative will meet

her lover her deceptions has 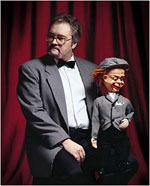 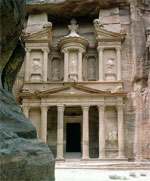 Please describe your dream about Veil. We update and improve our dream symbols based on your feedback.