Association: – the dark female strength, – net spinner, – patience, – organisation. Question: – Do I fear or admires these qualities in myself?

Key words: Spining, – weaving, – ancient, – with each other linked, – female, – protector, – ambivalence, – unity. Description: The body of the spider exists of two nearly round body parts, and she owns eight legs. Spiders weave complicated and lasting nets. In many Indian’s legends Spider Woman is associated with the first woman who weaves mind woman, which the whole creation. Spider Woman is at the same time the creative and the destroying. While one understands this ambivalence, one can understand the unity of the creation which is embodied by the endless net which the spider weaves. General meaning: The continual aspect of your nature the continual aspect of the life circle, – yours female nature, your creativity, your intuition, – your attention with it exciting that a spider lowers herself in silk thread before you from the cover. Association: Lurking like a spider in the net, – fear, – spin disgust, – – be crazy. Transcendent meaning: A clear revelation about your place in the holy net of the life, – a tip to it, as you should interweave yourself with the net of the life at this special time in your life.

The picture of the spider rescues a lot of symbolic power. In the normal life few sympathies are brought to the spider. In the dream she stands for slyness and for the artistic in the dreaming. Spider stands often for sexual needs and other passions in which one has got caught, – often is connected with fears and feelings of guilt. Old interpretations see the conflict of the daughter with the mother in her. The spider than a symbol is valid for others for the orgasm. The dreaming fears that to him strength and energy are sucked out, not only with the sex. Maybe he has himself also in a thing trickled away of which he does not come out now any more. Or are intrigues spun round him?

The spider had the meaning of the impulsive-bad in the person in the Middle Ages. Still today one speaks of the intrigue pin. What gets to the spider in the net, is lost. The fear of the man of a cold, calculating woman is also often shown with this picture. Then this picture probably points to a mother’s complex. However, in the dream the spider is a serious danger symbol on every case. She can signal the beginning of serious mental disturbances, from neuroses up to psychoses. If the other symbols of the dream are favorable, nevertheless, the dream spider is concentrated a right luck bull who spins our life thread, our thoughts on the important, the feasible what at the skilfully spun middle of the spider net circumscribed are. If one sees, however, a spider in one single thread, the luck of the dreamer hangs in the awake life on the famous silk little thread. The spider in the dream and the Mandala own a similar symbolism. The spider creates a net like a Mandala which feeds the dreaming at the same time and protects.

At the spiritual level the spider stands in the dream for the big mother in her role as a weaver. She weaves the destiny with her body and, hence, is the creator. It is also a picture of the bad desire which sucks from all poison. 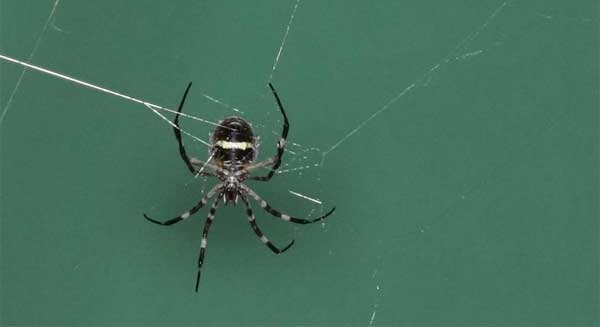 Please describe your dream about Spider(s). We update and improve our dream symbols based on your feedback.

No Responses for Spider(s) dream symbol