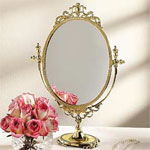 Association: – Picture, – identity. Question: – Which part by me is reflected? What is to be seen I am ready?

If a dream of a mirror acts, this shows that the dreaming is procured around his self-image. He attacks worries what other about him could think, and as a result must check himself whether he reflects to the outside an authentic picture. If one sees himself in it, one should investigate himself more exactly to reach to the self-knowledge, while the blind one or the jumped mirror warns about a wrong self-portrait. Fear of the ageing or around the health stands possibly behind the dream symbol also.

In the fairy tale the mirror has a magic meaning, this is similar also in the dream. If he appears in the dream action, it is anyway an esteem signal on which should be exactly entered. As the mirror shows the face of the dreaming in the reality, it is in the dream the mirror for the soul. He often shows unaware sides of the dreaming before which this can also frighten, perhaps. However, it can be also necessary that the dreaming recognises these shadow sides. Therefore, reflecting dreams should be followed always thoroughly and be analysed. He seems not too often in the vision because this itself is often a reflexion of the deliberate life and experience. The Egyptians ascribed to dreams in which a mirror seemed, death or evil because one in reflected picture ‘beside oneself’ is, the soul in the not tangible opponent has slipped. Modern interpreters of dreams pick out something else: The dreamer looking in the mirror feels side-wrong and finds the way back with it to himself, – but he attaches like with the photograph retouchings which are necessary to correct his internal and external appearance for the environment to the better. If the dreaming looks in his dream in the mirror, this can also mean that he tries to recognise what happens behind his back, without present people note this. Maybe the dreaming also worries because of his behaviour in the past to himself and must think about what he has said or has acted. If the reflexion is distorted, it is difficult for him to understand himself. If it speaks with him, the dreaming should hear exactly on his internal which turns on this way to him.

At the spiritual level the mirror refers in the dream to that self-knowledge whose basis is wisdom.

Is to be considered itself in the mirror and to be found in it his picture similar for a marrying, for a man like for a woman, from good premeaning, – the reflexion means a woman, the woman a man to the man because it shows the faces, how this to each other the children. Blessing brings it also from grief to afflicted people, – then only if one is free of grief, one takes a mirror to the hand. Suffer against it it heaps away, – then a mirror is earthly, uninterested from what material he is worked. It arranges the remaining people to leave the native country, so that they see again in a foreign country. If his effigy seems to one in the mirror unlikely, one will award him the fatherhood of illegitimate or foreign children. Nothing good brings it if one looks to himself worse or more nastily in the mirror, – it means illnesses and bad mood, just as Itself in the water depicting to the dreaming or one of his narrowest members the death prophesies.

then he will ruin 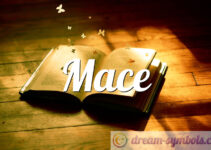 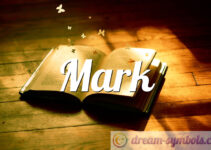 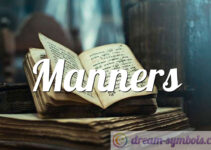 Please describe your dream about Mirror