Association: – Flexibility, – humility. Question: – Where in my life I must bend?

The joint in the leg symbolises a switch station in the life, – here it is provided for the fact that everything runs as smeared. Where the knee hurts, one does not make headway surely, must count on sluggish trend of affairs. Stiff knees conclude by the unbending position of the environment towards the dreaming. Who bends the knees, has the right humility, – who slides, however, on the knees, is probably humiliated in the awake life by own guilt of others. Knee stands often also for erotic needs, but also other desires can appear in it which one must rein more.

One must put the knees to physical strength and Mannestum, to movements and enterprises in respect. If they are strong and healthy, they demonstrate advisable to carry out a trip or, otherwise, another change, and prophesy to the dreaming enterprises and health, – the opposite if she strikes a suffering. If one dreams that from the knee a plant hervorgesprossen is, the knees will refuse her service, – a sick person will die after this dream experience. Since from the earth there sprouted the plants, and in the earth the components of the body resolve. I know somebody to whom it dreamt, a reed has grown out of his right knee, – it happened that a Fistel forms in the knee of the person concerned, – then the sign pipe has knot, and one manufactures ‘Fisteln’ (panpipes) from him. The knees often point to the brothers and companions because also she fraternizes together and companions are. Further they call released, – then they just provide her services like the feet, only they are above the same and consequently mean not slaves, but released. 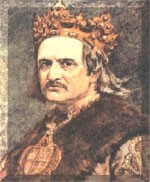 Please describe your dream about Knee. We update and improve our dream symbols based on your feedback.

One Response for Knee dream symbol