A Hindu seen in a dream often indicates a desire for mystical experiences and the search for wisdom or some kind of life guide. This symbol sometimes warns against lying to itself.

When you are talking to an Indian or an Indian in a dream, it means that you will come into contact with someone who will impress you.

If you are arguing with a Hindu, it suggests that you will not win some dispute, quarrel.

When a Hindu is dead, beware of bad people.

When you fall in love with an Indian or an Indian woman, it means that you will have emotional problems.

A very old Hindu is a symbol of knowledge and wisdom.

A Hindu wedding seen in a dream is a harbinger of harmony and pleasure.

Hindu – The presence of Hindus in your dream reveals some hidden possibilities.

Dream symbolizes through a camouflaged image, it discovers the possibility of using our hidden potential or developing some previously overlooked ability.

A deeper analysis of other accompanying symbols may reveal what skills are meant…. 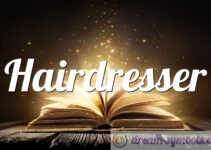 Please describe your dream about Hindu