Association: – Simplicity, – robustness. Question: – Where in my life I can express my strength more directly?

The donkey is to be equated in the dream, differently than in expressions of the colloquial language, not with the stupidity. He stands rather for vitality, sexual strength, as well as ‘low’ instincts and desires, but also for patience, modesty and humility or carelessness (Eselei), – this arises from the respective concrete life situation. This meaning finds her origin in the Greek mythology in which the donkey seems as a companion of the God of the immortal vitality. According to the accompanying circumstances in the dream one can derive the following meanings:

Workhorses and beasts of burden embody worker and subordinates. The donkeys who carry a load her driver obey, are healthy and quickly dahintraben, are in view of a marriage and community of good premeaning, – then apart from the fact that wife and partner are not demanding, both will submit wide-willing and mean it well. Also to other plans they promise because of the name Success (onos = donkey and onosthai = profit), – they mean profit in the running enterprises and joy at it, – then they are so got drunk to the most pleasant demon, the Silen (educator of the Dionysos, glatzköpfig, mostly that he could not run, but rode on a donkey.) holy. In view of dangers and fears they bring rescue, because of the story which one tells of them (As which gods in the fight with the giants lay, there appeared Dionysos with his suite of Silenen and Satyrn which rode on donkeys. The latter hunted the giants in the escape by her shouting. Lukian tells in the ‘true stories’ (1,17) about the warlike collision of the Phaethon and Endymion. This occurred, after one would have raised the field signs put on and the donkeys which one helped himself instead of the trumpets on both sides her shouting.), and because of the phrase handling in the vernacular. With regard to travelling they indicate big security, nevertheless, cause because of her sluggish step of delays and Stockungen. The wild donkey means hostility with a thoughtless and quite common guy, – then he is a family-related with the donkey.

a donkey knocks out

(ind.): see loading: you will reach very slowly to the aim, – 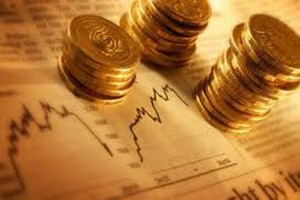 Please describe your dream about Donkey. We update and improve our dream symbols based on your feedback.

One Response for Donkey dream symbol