Many people have difficulties with the discipline in her life. This affects the bailing of the full possibilities which one would have, one would act till the everyday life more rationally. If somebody appears in the dream which can win only with his ‘hard work’, this is a hint not to avoid in the awake life certain duties. Acrobats or ballet dancers without discipline lose the balance or fall – an analogy to the emotional balance in the awake life. Soldier’s drill in the dream (or, otherwise, of a team) means criticism of negligence. Did the drill run without incidents? If not, is to be considered whether one squeezes before an area of life which worries presently. A queue is a classical example of self-controlled behaviour. Some dreams draw the attention to the fact that less a whole behaviour pattern is disturbed in the life or is realised not completely, but that restraint and self-control are absent. A tacked up horse can symbolise this (= the animal side of own being must be reined). Every contract – even if he introduces money – contains clauses to deliver a little bit on time and as ordered to finish/. A dream of this kind could remind of the fact that every respect has her two sides. On the other hand, glue in the dream signals that one has exaggerated the discipline and is also important, however to analyse sphere and connection as well as the besides ruling mood. Salute is indeed an expression of discipline, only: Did it happen in the dream sincerely or ironically? Did one prove to a real idea, a project or a situation salute? Or did one give with it himself the approval with the imperturbable loyalty compared with a certain view? Traffic lights are together with street signs instructions which one should respect, namely not only to own welfare, but also to that of the general public. A dream in which one ignores them can be a sending a reminder tip to reasonable behaviour in the awake life. 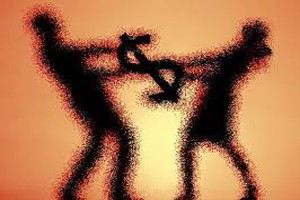 Please describe your dream about Discipline. We update and improve our dream symbols based on your feedback.