Key words: Pinch, – scissors, – sea, – clip, – cancer. Description: A cancer is a crustacean with a round body, a short tail and a pair of scissors which are rather sharp and absolutely able to clutch. Many cancer kinds are eatable and are looked as a delicacy. General meaning: The areas in which you clutch, – things which you need to let go, – things which are not to you any more longer from use, – toughness, staying power, even with big difficulties. Association: Star signs, – to problems (sidelong) from the way go, – old wisdom, – fatal illness. Transcendent meaning: Gift of the staying power within the dream or in the life.

The cancer lives in the sea and, therefore, is in the dream mostly a tip to the life energy. He lives secludedly and goes in contrast to other animals often backward. Therefore, in the dream he can stand as a symbol for strong unaware psychic processes and negative sides of the emotional life. The cancer sometimes appears death messenger or sign for misfortune in the dream. The extremely danderous illness is not mostly meant with it, even if one feels suffering from cancer in the dream, but the animal who mostly inserts the reverse gear with danger – the picture circumscribes as it were the possible Zurückführung on a way for which one has gone already once and would be for us at the moment probably the most usual. The animal can only sometimes point out cancer in the dream to the illness Cancer or on something what threatens to eat up the dreaming in the figurative sense. However, a cancer in the dream can also be a tip to mothering, in particular on ‘of all oppressive’ love, but also on unreliability and selfaddiction. Because of his unusual locomotion manner the cancer is interpreted in the dream often also as an underhandedness. Cancer mostly announces success by strenuous work if one catches him or consumes. If one sees one, warns also often about wrong friends.

The cancer is one of twelve astrological signs and, moreover, symbolises the big mother. It is a symbol of the resurrection, because he changes the tank. 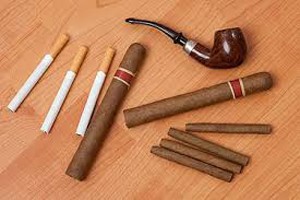 Please describe your dream about Cancer. We update and improve our dream symbols based on your feedback.