Dreaming of a brother means that you will never be alone in this world, and there will always be a friend or family member to protect you and help you through the most challenging situations in your life. The dream interpretation suggests that such a dream means positive relations, usually related to the family environment.

In general, dreaming of siblings means good news, joy, a sense of solidarity, and closeness with family and friends.

Dream siblings can also refer to conflicts or emotional balance and personal space. Dreaming of siblings also often reflects repressed desires and unresolved situations in our lives where we would like to have the emotional support of someone like us who values ​​our efforts.

Waiting for the birth of a brother

The dream of having a brother means a change, rebirth in your life through the emergence of a new friendship, companionship, or a sentimental relationship that motivates you to change.

A dream about a brother reminds us of our family and makes us think about everything to do with our grandparents. We can see our brother in a dream under different circumstances, and we must understand each of them to interpret the meaning of the dream better.

Seeing a brother in a dream symbolizes the degree and strength of your relationship with him. In addition, it is meant to remind you of someone who has specific characteristics similar to his. It makes you realize that your friendship with your brother is robust and meaningful to you.

Dreaming of an existing brother (s) may mean prosperity and income stability, and the need for moral support or companionship. If you are far away, or you haven’t seen each other for a long time, a dream signals a longing or a feeling of anguish and loneliness.

Conversation with my brother

Such a dream is associated with outstanding achievements in your life. The content of the conversation may be relevant to the interpretation of this dream. For example, if your brother tells you about having a good time, it is an indication that there will be a lot of happiness and success in your life.

Another meaning of sleep may be that your brother requires your advice. So talk to him and listen carefully to help him.

Playing with my brother

Dreaming about games usually means breaking the rules. It has to do with creative situations where you run away from specific regulations. However, it can also mean that you concentrate too much on your work and forget to rest. The dream interpretation also interprets this dream as a reminder that you may have problems taking certain matters seriously and that you must finally face reality.

You need to think about some things when you have issues with your brother or sister. Try to solve any problem that has arisen between you. The time has come to take his concerns more seriously.

Fighting with my brother

Fighting is always a sign that there is a severe issue in your life that cannot be ignored any longer. Combat typically means significant differences between combatants that need to be resolved. When you dream that you are fighting with your brother, you have some disagreement with someone close to you.

Try to resolve conflicts, even if they have not yet emerged in full force. Thanks to this, you will be able to sleep more peacefully.

Seeing your brother smiling is something that brings you good vibes. According to the dream book, it is a sign of achievement in life. You are close to achieving your goals.

Remember that, first, there must be unity between family members to deal with any unfavorable situation. If in a dream, a crying brother shows that there are some difficulties in your family. It’s time to stay calm and find the strength to face these problems.

Dreaming of a sick brother is a sign that we care about someone and are afraid that something will happen to him. Use a dream as a signal to give your family value, and always be clear about your favorable feelings.

Death is difficult to deal with. The feeling of losing what we love can shock us. Dreaming of the dead reminds us of those necessary in our lives. You may not have entirely accepted this situation. Don’t worry. Everyone has their own time to deal with grief. However, it may indicate that you need help to get through this difficult time. If necessary, go to a psychologist or talk to people close to you to express your feelings. Understanding what you are feeling is a way of accepting the situation.

If your brother is alive, and you dream that he has died, he is going through some changes. Something important is happening in his life. It is worth looking at what worries and makes him happy.

To dream of a twin brother’s fight means hidden fears and guilt, insecurity, inability to ask for help from others, conflict in relationships.

If you dream of twin brothers you don’t have, it could mean unconsciously searching for someone more like you, with whom you can develop friendships or closer ties.

Seeing your sister-in-law in a dream has to do with your waking relationship with her. If you have positive ties, a plan means closeness and trust. You can count on your relatives. If you don’t like your sister-in-law daily in real life, a dream may signal a quarrel or problems.

The brother-in-law is considered by various types of dream books as quite a symbol of problematic relationships, mainly family ones. The appearance of this person in a dream may make us realize that in our family someone does not care about the needs of other relatives at all – and such behavior can cause a lot of trouble. If these problems are not resolved on a regular basis, it may even end in a serious quarrel. Just seeing your brother-in-law asleep foreshadows a conflict that will be started by a certain person in the family

Brother trying to kill me

When you dream that your brother is trying to kill you, it is a signal that you need to be more careful in your decisions. If you try to kill someone or do it, it means you are unsuccessfully doing the thing, so you should think again about it.

The dream of shooting your brother portends that your life will turn upside down. Be prepared for the fact that you will have to change all your plans and quickly adapt to the new situation.

Association: – male aspect, – comradeship. Question: – What admires or do I fear in myself?

Brother can express in the dream really the relation to own brother, – then the interpretation arises from the real living conditions. However, often the brother stands also for the other side of our personality (two souls in a breast) which accept one or decline, know, in any case, however, as good as possible and should investigate. In man’s dreams often the second I which draws the attention to mental or personal unevennesses and inspires to reflect again on itself. Also in women’s dreams hardly own brother, rather the next one, the person who turns to us like brothers us possibly helps to overcome heavy, – the brother is to be understood more than symbol of the brotherliness, however, theirs Itself stands also for the maskulinen being part. Moreover, are still valid the following meanings:

It is favorable for the dreaming if he his brother, is older he or younger, uses, – he will surpass him and treat contemptuous. Further brothers mean the same like enemies in view of the dream exits, – then they are not from use, but, like the enemies, from damage because everybody that what he should own for himself alone, not only, but only a half or to the third with the brothers owns. Timokrates dreamt, one of his brothers has died, and buries him. Soon afterwards he experienced how one of his enemies died. However, the death of brothers means not only the setting of enemies, but also the acquittal of an expected fine. Thus the grammarian dreamt Diokles which feared, he will lose money because of an insulting statement, his brother has died. He got no fine. Somebody who had a brother on travelling who wrote to him over and over again he will come back in the native country, dreamt, his brother is, become blind, again there. Of course the dreaming died, – then his brother was not able to see him. It dreamt one, that he, done under the yoke, together with his longest late brother harnessed and from his mother who led the reins, how a draught animal is driven. Critically ill he came with his mother, died and was buried at the side of his brother, – and this was the carriage and pair which the mother had brought together with difficulty.

anyway it is a matter 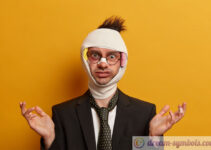 Please describe your dream about Brother