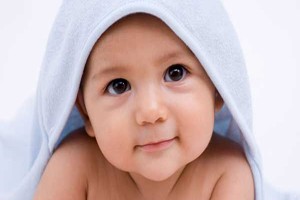 Association: – Childish, – rebirth, – trust. Question: – What reincarnates in me born or? What do I trust in?

Many will have mothers and women with child wish lively dreams of pregnancy, birth and from newborn children. These dreams can simply be the echo of the growing life, however, symbolic interpretations must be also sometimes considered. Dreams of babies or birth stand often for concepts like wax, care and fresh start. The dreaming should listen to his dream baby and find out whether it represents him himself or someone else. If the baby shows the dreaming, this can indicate his vulnerability or the wish to be looked. A baby can also symbolise original, innocent Even ‘the child inside’ of the dreaming and his wish to return in such a state (childhood). Then it symbolises the childishness and unripeness of the dreaming. Certain traits of the dreaming person are not developed yet or only insufficiently and must be looked after and be maintained. Dreams of babies often indicate in the positive creativity and hope. They can symbolise an idea or a project which will soon claim the attention. It is, so to speak, the ‘mind child’. Baby dreams stand also for the attempt to get in contact with the creative part of the personality. Negative meanings arise from it if the baby looks hungry, dissatisfied or disadvantaged, a part of the personality maybe has the need for physical or spiritual food.

If somebody dreams, he is born by a woman, the following interpretation is indicated: It brings to an arm luck, – he will get somebody like the babies who feeds him and mothers, except, the person concerned is a craftsman, – it announces such unemployment, – then the little ones do not work and her hands are wrapped. It means to an empire that he is not man in the house, but is patronised by people who are antipathetic to him, – then babies are patronised by others which are not by her will. It means to a man whose wife is not pregnant, he will lose them, – then babies maintain no sexual intercourse with women. Whose wife is, however, of good hope, it tells of that the birth of a son in who will resemble him in all on hair, – in this manner it will seem to him as if he himself is born once again. It means to a servant the love of his man and, in the case of a misdemeanour, forgiveness, because babies do not dispose of themselves, even if they are a free-born. It brings athletes misfortune, – babies can go because neither nor run still, much less somebody to ground stretch, where to not even be able to put them a foot before the other. To that which lives away from home it promises the return in the native country, so that he, like a newborn child, to the origin returns or that he enters again the mother earth, i.e. the home ground, – then the mother earth is to all without difference a native country. It indicates a sick person the death because deads just as babies are wrapped in torn cloths and are laid on the earth, and how the beginning is connected to the end, so that end at the beginning. This dream face does not let that which undertakes an escape attempt escape and do not leave one which wants to go on travelling the native country, – then the little ones cannot step aside to him, – what is before her feet, nevertheless, they trip every time. With processes the dream face is for the plaintiff of quite bad premeaning, – he will not persuade the judges because of his stammering tongue, against it a judicially defendant and particularly one which fears a debt saying can be unconcerned after this dream face, – one forgives then small children if they a stupidity began have. If a pauper dreams of being pregnant, he will acquire a stately property, earn money galore and fatten up in this manner. Check and worries will strike empires against it. A married will lose his wife, – he needs as it were no more woman who gives birth to children. A single will marry a so heart-good woman, that to divide desire and pain with her he vermeint. To all remaining ones it prophesies illness. Parturition, however, and releasing means not the same like the pregnancy, but indicates quick death a sick person because every bearing body delivers life breath, and as well as the newborn child separates from the rescuing body, thus also the breath of life of the body. A pauper, a debtor and everybody who is in a bad distress will free himself from the concerning adversities. The reason is clear. Further this dream face brings concealed things because the child concealed till then came to light. It brings to empires, Gläubigern, businessmen and all people who have a position of trust damage, – they will lose what they owned earlier. To wholesalers and shipowners against it it is favorable, – they will set down her goods. Many lost as a result of the departure of the child who comes from the same blood, close relatives. 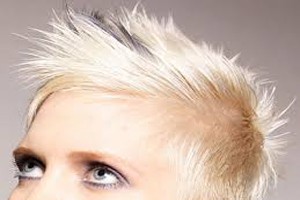 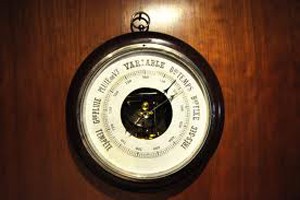 Please describe your dream about Baby. We update and improve our dream symbols based on your feedback.

One Response for Baby dream symbol