Urine is understood in terms of excrements. If one drinks him, the better health can make a slip, – this explained from an earlier usual therapy with own urine.

The caliph Mamun had the following dream: It seemed to him as if he is in the big sanctum to Mecca or in the tent of Abraham, – there he goes to the front part where the throne stands, and urinates in both corners, then he goes out and does his business in both corners of the rear part. He sent to the full dismay as if he had committed a very big sin secretly to the interpreter of dreams Sirin a man of his trust who should spend the dream as his own and ask for his interpretation. Sirin transferred him with the words: ‘This face you have not looked, – you are not because from the blood of the caliph. So I will not interpret the dream.’ On it the caliph let him come personally and asked him under oaths, he should not refuse the interpretation of the dream, nevertheless, to him. There spoke the interpreter of dreams: ‘Four corners of the temple in which you have urinated mean four sons. Two corners of the front part where the throne stands mean two sons who will follow you the throne and in the rule, – two other corners of the back of the temple also point to two sons whom you will generate, however, they will not reach the throne still to the rule.’ 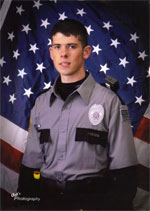