Association: – natural process, – life structure. Question: – At which place of my life is I to be grown ready?

Key words: Connection between earth and sky, – Verwurzeltheit, – makes holy minds, – dancing beings, – sky-storming, – powerfully, – mysterious. Description: Trees are plants with a root bale, a trunk and a crown. Most from them grow higher up than bushes or shrubs. In the world there are endlessly many kinds of trees. Old people held trees for the carriers of earth energy as well as sky energy. They looked at trees as very important beings which have to fulfil quite a special job on the earth. Some people close to the earth thought that they are very holy, – nevertheless, everybody was persuaded of the fact that trees are strong and respect-worthy beings. General meaning: Investigation of your connection with the energy of the earth and the sky, – which explore roots of your life. Association: Tree-long, tollgate, border. Transcendent meaning: A gift of the tree beings, – understanding from or an experience with the energy of the trees.

Archetypal symbol for fertility, birth and death, also as a life tree or family tree interpreted. A female aspect also comes up to him, because all life arises from the mother. Without trees no wood. The tree symbolises the connection of sky and earth. His roots anchor him deeply in the earth and according to the mythology they rescue a well hidden treasure: The wisdom of the life. We also speak of the life tree which we find ironically often on cemeteries. But this is already the domesticated form of the tree. In all his strength he appears to us in the holy trees of the Teutons to whom particularly the mighty oak, the hard ash and the yew are counted. These are symbols of the old forces of the life. All these trees presumably decrease to the archetype of the tree of the Germanic world ash Yggdrasil. This evergreen tree spreads out itself his branches about sky and earth and on his point sits the eagle who observes the world, and a hawk who makes the weather. The Nornen symbolising the destiny live in his trunk, and here with storms the wild animals seek shelter… A tree is the symbol for the original structure of the human inner life. If a tree appears in the dream, one does well to deal thoroughly with this picture. Tree stands in narrow respect with the personality and her kind to master the life. In particular one can pull from it often conclusions on energy and energy, settings, convictions, ideas and values which influence the behaviour and action decisively. The tree is also sometimes understood as a power symbol. To be able to interpret a tree dream, however, thoroughly, one must look at the tree closer. Fruits, roots, trunk and crown, as well as branches and their state provide closer information. The following accompanying circumstances can often make easier the exact interpretation:

At the spiritual level he embodies the tree of the life and stands for the harmony between skies, earth and water. The tree is, like a person, a straight shape pointing to the sky and embodies vitality (victory over the death). He describes very informative the strength and energy, ideas, settings and the behaviour of the dreamer. While the dreaming learns to interpret properly his own tree, he is able to form his life in all areas successfully.

What concerns the trees, one must keep to the presented rules and form the interpretation, while one always takes over the similar moments in the fulfilments. Since the dream interpretation is basically nothing else than comparisons of resemblances. One still considers the following: Those trees which mean something good bring luck if they blossom and carry fruit, – they dry up, they are torn out with the roots, are met by the flash or destroyed in any way by the fire, they indicate the opposite. Those trees which indicate a disastrous exit are of bigger use whom they dry up or are chopped. Remember that the trees have the same meaning like the fruits and the gods to whom every single one is holy. Quite in general are more favorable fruit-weight-bearing than the wild, and from fruit-weight-bearing those which do not lose her sheets, the olive tree and the bay tree except. From these the olive tree, he himself brings according to experience the death, the laurel against it to rescue, his fruits and sheets, sick people. And this is quite comprehensible, because one gives deads with branches of the olive tree the last escort, by no means with such of the laurel. If it rears up no fruit bring, are more unfavorable, excluded for the people who acquire her living with them immediately or indirectly. The long-standing trees are a symbol of delay with appointments, with illnesses they promise rescue, – against it they cause the remaining fulfilments more slowly. The corresponding is valid from trees which slowly grow and become stronger slow, – trees with opposite qualities call the opposite. If trees burn down which stand before the house, it announces the death of the rules, also the big trees inside located of the house, namely them whose names of male gender are, the death of men, which whose names of female gender are, those of women, the small ones from friends and relatives, the quite low, as for example boxes and myrtles, those of servants. Old trees are favorable to nervous minds if one thinks of it umhegt, – then because of the security which they grant they release from fear. Otherwise they prophesy rescue by escape.

[namely] on the strangers who come to the emperor, – trees which have grown on rock or somewhere else where they cannot prosper at all register that a foreigner will appear there to whom power claim, but nothing will aim.

If a woman dreams of all, she will marry if she is single, she has a man, simulate only love to follow her shameless trade.

If he picks sheets of the tree, he will attain from such an exquisite man a small property and a good name. If it seems to him, he breaks off fruits, he will generate a son who will ennoble his gender, – the fruits have become decayed, a grief will happen to the son. If one rises on a Zitrusbaum, he will be raised by mighty, well beleumundeten man, – he dreams, he falls down from the tree, he will offend of the Gönner and be tormented. 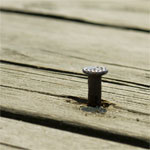