Association: – in the emotions lurking dangers. Question: – Which overpowering feeling is menacing for me?

Key words: Ancient, – survival artist, – aggressively, – hungry. Description: As ancient inhabitants of the sea sharks are equipped very well for her own survival. They have generally slender, streamlined bodies, thick, meaty tails and a gigantic mouth with several rows of sharp, effective teeth. Most sharks live on fishing, – bigger, in particular if they are starved, reach if the opportunity arises, also people in. Although sharks release panic in most person easily, they become aggressive only if they are very hungry or in groups. General meaning: To protect that what you fear, – your power, yourself, – an evil aspect of your nature. Association: Finance shark, – somebody who goes for his personal advantage about corpses. Transcendent meaning: A dream statement about what you should eat or of that what eats up you.

Because a shark is a sea living being, he stands for problems in the emotional area. Obvious the emotional loading capacity of the person can be wore out by unprincipled behaviour. The shark is the dream symbol for the power, male creativity and also for the aggressiveness and recklessness which one must better control. Now and again the fish also warns about deception by others. It matters to the interpretation of the dream as the shark behaves and how the dreaming feels with the meeting with the shark. Maybe the dream of a shark is also a tip to the fact that the dreaming is attacked unfair and that somebody tries to take something what belongs rightfully to the dreaming. If the dreaming is in a sea with sharks, he sees himself in a situation in which he trusts to nobody. If he is pursued by a shark, this can point out to the fact that the dreaming has endangered himself and has created the situation by the fact that he has penetrated into the Highness’s area of another.

The shark is associated with the collective unconscious and is a symbol for the fear of the death. The dreaming is not able to position himself to these fears without help. 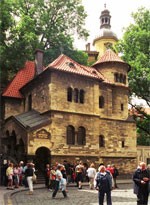