Association: – Peace, – solution of conflicts, – Opfertum. Question: – Which problem is I to be solved ready? Where in my life I am ready to assert myself?

Pigeon embodies a soft, gentle mind, the longing for harmony and peace in the love.

In the today’s time the symbol of the peace, as well as erotic symbol for the gentle, points, to itself schnäbelnd combining. The delicacy of the pigeon, the creative thoughts free run leaves, stands as a picture for the spiritual union of two people. Flying pigeons stand for pleasing messages who reach us. If we catch a pigeon, we will sit down towards a being close in the wrong, – we kill them, we forfeit to us the friendship of a well-disposed person. A well occupied dovecote proves a hospitable household, an emptier always loneliness. Cooing the pigeons indicates, if it is not due to really available external influence, on a disturbed relation to the environment.

The pigeon was holy with the Greeks of Aphrodite and symbol of sublimated Cupid. In the Christian art before all symbol of the holy mind.

Ringlet pigeons and house pigeons mean to women, namely ringlet pigeons those who completely belong to the loose guild, house pigeons every now and then haushälterische and well-arranged women. One may also close from many pigeons on a woman, and from a pigeon on many women. House pigeons mean further the desire and the pleasure in the shops because they are holy to Aphrodite (The sanctum of the goddess Papos (Cyprus) was famous by his pigeons, so that one called pigeons paphische birds.), and, finally, they are luck-promising in view of friendship, business connections and every kind of arrangement because they live together sociably. 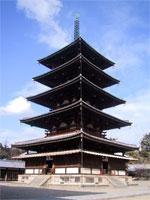