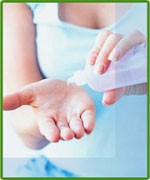 If it is in a dream about ointment, the dreaming must make to himself that portion of itself deliberate, can heal or healing needs. The kind of the ointment often gives an instruction to what the dreaming lacks. If the dream acts, for example, from a widespread ointment, this will refer in an uncertain kind of the healing. An ointment, however, which was put together especially for the dreaming concludes by specific problems. Ointment can promise consolation and help after painful experiences. If one buys them, should admonish after old dream books to pay attention more to the health.

Since primeval times ointments are used for the preservation and to prevent putrefaction. Often her use was a sign of the respect. This symbolism can also play even today in the dream a central role. She also heals in the dream. Who uses them, will soon probably be able to forget what still presses to him in the awake life at the moment. Close spread ointment could circumscribe the vain endeavours for somebody in the awake life which is not simply worth it that one deals furthermore with him.

At this level the ointment is able in the dream on a spiritual need, to maintain and to heal, refer, or vice versa and the need for care.

Thus dreamt, e.g., somebody who was laid low ill, he looks a certain Peison. This indicated to him one as a big security and healing, moreover, he prophesied to him, outgoing from the first syllable of the word Peison (Pei, the first syllable of the name in the Greek one iota = 80 + 5 + 10) proves 95 = Pi + Epsilon +, he will live 95 years. The man who had had the dream face died nevertheless of just this illness. Since he had dreamt that this Peison brings him ointments, however, these mean to an ill evil because one gives in a burial to late ointments.