Association: – Eyesight, – vision, – consciousness, – clarity. Question: – Of whom am I aware? How do I see the world?

Organ of the light, the consciousness from which after one of the Egyptian creation myths the world has originated. Spiegel of the soul, as a conceiving organ female, as ‘flashes schleuderndes’, sharply sighted phallisch manly. After newer knowledge the symbol states something about the mental whole state of the dreamer and his position to the future events. The feeling is to be read in the eyes, which is why an erotic interpretation is absolutely obvious. Ocular dreams grasp the existence and our internal setting to it. The eye stands for intelligence, spiritual interests, consciousness, curiosity and knowledge, but also for internal restlessness. A clear, expressive eye symbolises unprejudiced, portion-taking thinking, critical, but mind not without feeling. Piercing, stiff eyes indicate hard and cold intelligence, also calculation and egoism. Who feels constantly observed from eyes or from an eye, has strong feeling of inferiority and suffers from internal restlessness. Also feelings of guilt are possible. Empty eyes point to a lack of understanding. Smiling eyes register, the dreaming just a time of the satisfaction – or stands briefly before it – lives through. If the expression was procured, this can reveal the fear of emotional or psychological isolation or before loss. If the visual ability of the dreaming is hindered, this can mean that he sees a certain problem or also the whole problems of his life-style not right or does not want to recognise. Murky or with a little bit veiled eyes can also be a warning to let make an ocular test.

The eye is the symbol of the sensuous and intellectual perception.

Scharfsichtigkeit is good for everybody without exception, shortsightedness against it indicates lack of money because also the eyes ‘pupils’ have (Untranslateable wordplay with the different meanings from psephos, – the word means, actually, little stone, because because one used this to the count and calculation, money. Further it calls the shining stone in the ring to which again the pupil is compared in the eye.) ,-distant shutdown of the shops because shortsighted that what is before her feet, see badly. To one of the children has, it means that they will fall ill, – the eyes resemble the children because they are dear to us and expensive and serve the person as a signpost and leader, how the children to the hoary parents. Three, four or even more eyes have is for a marrying and a childless of good premeaning, – who becomes one a woman whom other get a child, – in this manner more eyes will be around a person. Luck brings it further to a believer then he will get more ‘little stone’ (money). For same reason it is because of the ‘little stones’ for a debtor of bad premeaning. It advises an empire to take because of his person and his property very much in eight because posters threaten, – it says him as it were, he needs many eyes. Which wants to go on travelling it indicates a wandering and to one which goes to the sea, the return in the harbour because many eyes are pulled by the light and the solar shine in this and there. I know somebody to whom it dreamt, he has three eyes, – the man went blind, not indicated possibly because of the fairy tale of the Cyclops, but because the third eye to him, he still needs foreign eyesight, because own is not sufficient. To a rogue and a pretty young women’s room are many eyes of evil. ersteren more eyes will supervise, make the court latter to more admirers. If one dreams of having the eyes somewhere else, e.g. in the hands or feet, so he will go blind, – they stick in another body part, the same will fall ill or be wounded, so that he, with the hands or feet herumtastend, as it were can see or that he can bring the concerning body part, as if eyes were on it, with nothing in touch. A woman dreamt, she has an eye on the right breast. She had a dearly loved son whose death she deplored soon afterwards violently, – then for same reason, therefore once somebody to which it dreamt he has an eye on the right shoulder, his brother lost – it said him as it were the dream face: ‘Show on your shoulder, pay attention to them!’ – the woman came also not possibly around her breast, but around her son whose symbol was the mother’s breast. I know somebody to whom it dreamt, his eyes fell out and to him on the feet. Though he did not go blind, however, he married his daughters with house slaves, and in this manner the better paired off with the more inferior. If one dreams of owning foreign eyes, he will go blind and must be led by another in the hand. If he knows, however, whose eyes he had, he will adopt his child. Little is prophesied by little: It dreamt, e.g., one, he has eyes of gold. The man went blind because gold to the eyes is unacceptable. If somebody has a sharp eye and sees flashing at night and darkness a light suddenly, it prophesies to empires excessive worries, to arms, however, and people who are up to bad luck. ersteren will not be jobless any more, set to work latter with big circumspection and not miss her aim. That is further what is indicated by something, reverse also again the symbol of the concerning thing itself. Thus a woman dreamt, she has ocular pains. There fell ill her children. Of another dreamt, her children would be ill. She got an eye complaint.

quite in general one should observe 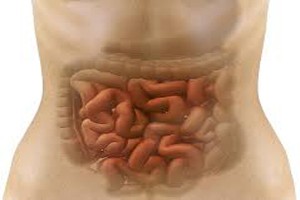