He is valid as a communication symbol par excellence. Letter can symbolise self-knowledge, examination and perception, – traditionally they are interpreted as unfavorable or disagreeable, only one funereal letter should stand for favorable news. Often occupies us something from which we expect more than, besides, comes out. It is in the dream a symbol for a message which is though already in the subconsciousness, but has not reached the consciousness yet. This symbolised news is free of value, she can be just positive or negative according to connection. However, it should be followed anyway. By a letter which the dreaming receives in his dream, a problem becomes maybe conscious by him which stands with the sender in connection. Possibly he has passed away, and there are still unsolved problems or unsettled situations which deal with this person. If the dreaming himself sends a letter, he is in the possession of information which could be important for the receiver. A letter in the dream whose contents to the dreaming remain concealed lets assume that information is kept from him. Now and then the letter points to the mental contact poverty of the dreamer. If one writes in the dream even a letter, a tip is to the fact that one would like to step with somebody in contact. In a dream also matters as one reacts to the post or a letter. One has maybe discovered the letter and either eases has drawn a deep breath, or, however, frustrated or taken up angry. How one opened the dream letter, the reaction already describes: Did it happen in a hurry or carefully, or did one put aside him first and did not want to open him for the time being at all? The dream has clearly made clear that there is something in the life what needs the attention. If one has put aside the letter, this is called that one feels not grown to his problem. Other symbols in this dream can contribute to a decision. It can be that one waits in the real life for the result of an exam or an application. If one receives in the dream the expected answer, there are two possible interpretations for it: The dream can be a pure desirable fulfilment or give to a confidence if one is convincing is to have given the best.

Concealed knowledge is lighter acceptable if an understanding process walks at the head.

If somebody looks a letter and that what in him written, the dream face to the contents will fulfil according to itself, – if not, he brings, nevertheless, in any case, luck, – every letter contains a ‘Was greeted’ and a ‘Live probably’. 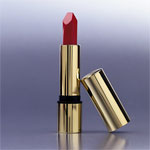