If the dreaming becomes invisible in his dream or disappears, this refers either to the fact that he is not ready to confront himself with his examination, or on the fact that there is something what he would rather forget. The motive can appear basically in two manners. In the ersteren case the dreaming is not perceived by other dream figures and is ignored apparently. This reflects the impression which he also has in the awake state, he feels ignored from his people. In the second case lies the main focus on the feeling of the dreaming to be able to do now everything what he wants, because him nobody can move to the account. This is one of the frequent omnipotence dreams. Above all if one believes to lead a rather monotonous life without great importance, the sleep with superman’s dreams compensates one. No life is without meaning. Are interested rather more in other people than for themselves.

If to the dreaming is aware that something is invisible in his dream, this one request explains to perceive just the picture without interpreting it immediately. The male or female dream figure which seems to be invisible can sometimes show the shade. The magic hood which misses the unconscious in the dream to us is practically the request not to push us too much in the foreground. According to Old-Egyptian opinion escapes defamation of character who makes himself invisible in the dream.

At the spiritual level the invisible in the dream symbolises the undefinable. 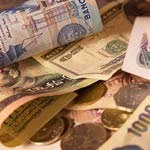